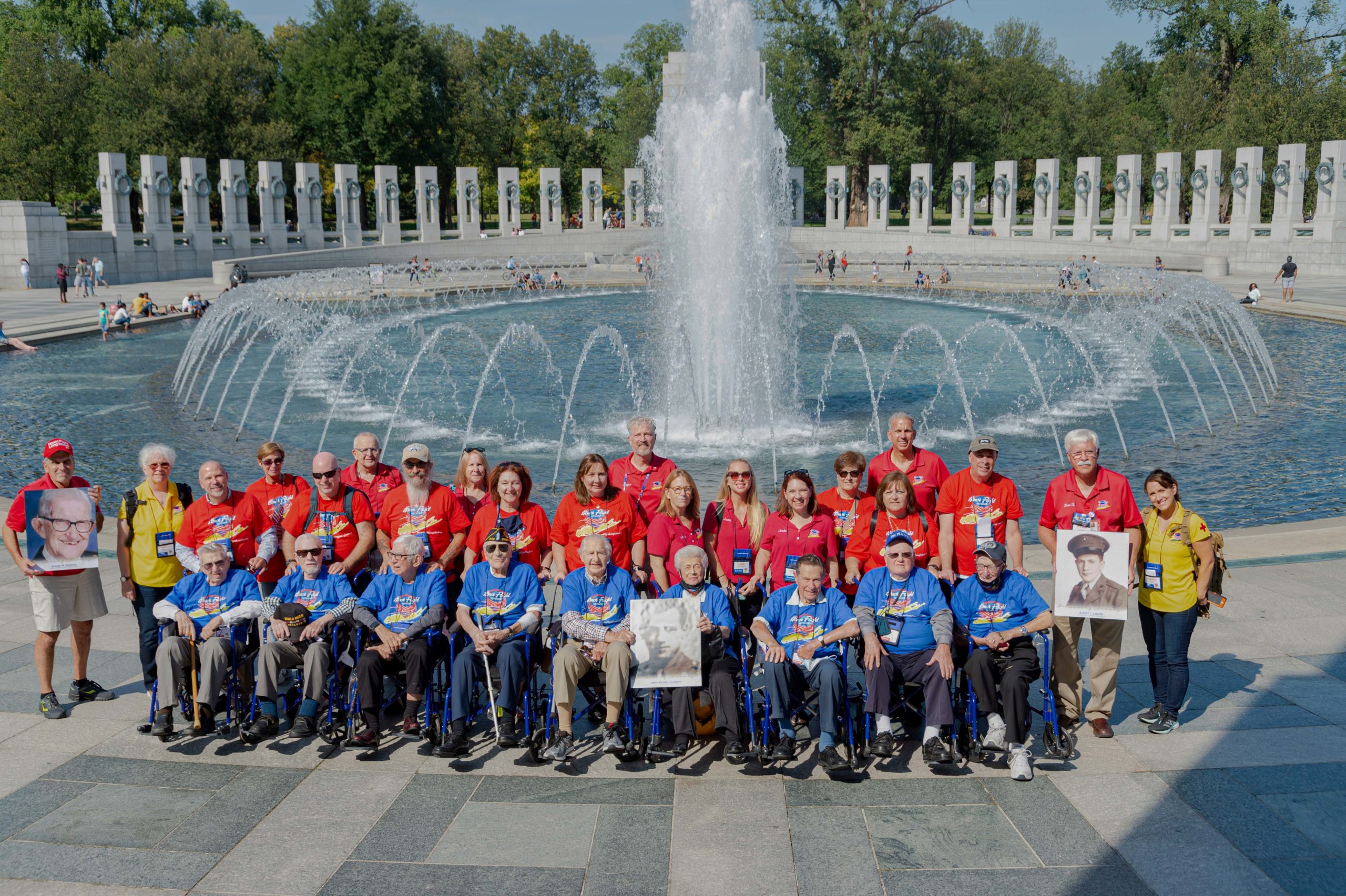 On Saturday, December 4, 2021, the American Airpower Museum and Honor Flight Long Island will host a reunion of nine World War II veterans. On October 3, 2021, Honor Flight escorted this group of veterans on an early morning free flight to Washington, D.C.

During their trip, these veterans visited the World War II Memorial, Arlington National Cemetery for the “Changing of the Guard” and a special wreath laying ceremony. Honor Flight brought the veterans back to Islip MacArthur Airport that evening for a welcome by the Long Island Bagpipe Band and families.

These WWII veterans, their guardians and families will attend a patriotic reunion to Saturday, December 4, 2021, hosted by the American Airpower Museum and sponsored by Honor Flight Long Island (HFLI). The meeting is from 11 a.m. to 1 p.m. at AAM, Hangar 3, 1230 New Highway, Farmingdale. This is a public event, so come cheer on the veterans at an “honors ceremony” as each is presented with a JJournal tribute full of photos taken during their historic day in the capital. Admission for the nine veterans, their guardians and their families is free. Public admission is $15 for adults, $10 for seniors and veterans, $8 for children (5-12). No prior registration is required for public admission. More info on www.americanairpowermuseum.org (631) 293-6398.

Honor Flight is accepting applications for the 2022 trips from World War II, Korea and Vietnam veterans. Veterans travel for free, thanks to donations from across Long Island. They are accompanied by tutors, next generation, able-bodied volunteers who donate $400 (tax deductible) to offset travel expenses.

If there is no family member to act as guardian, Honor Flight has volunteers ready to step in for the privilege of escorting our heroes to their memorials. Interested in an Honor Flight 2022? Please contact Jamie Bowden, (631) 702-2423 or JBowden@southamptontownny.gov or www.honorflightlongisland.org.