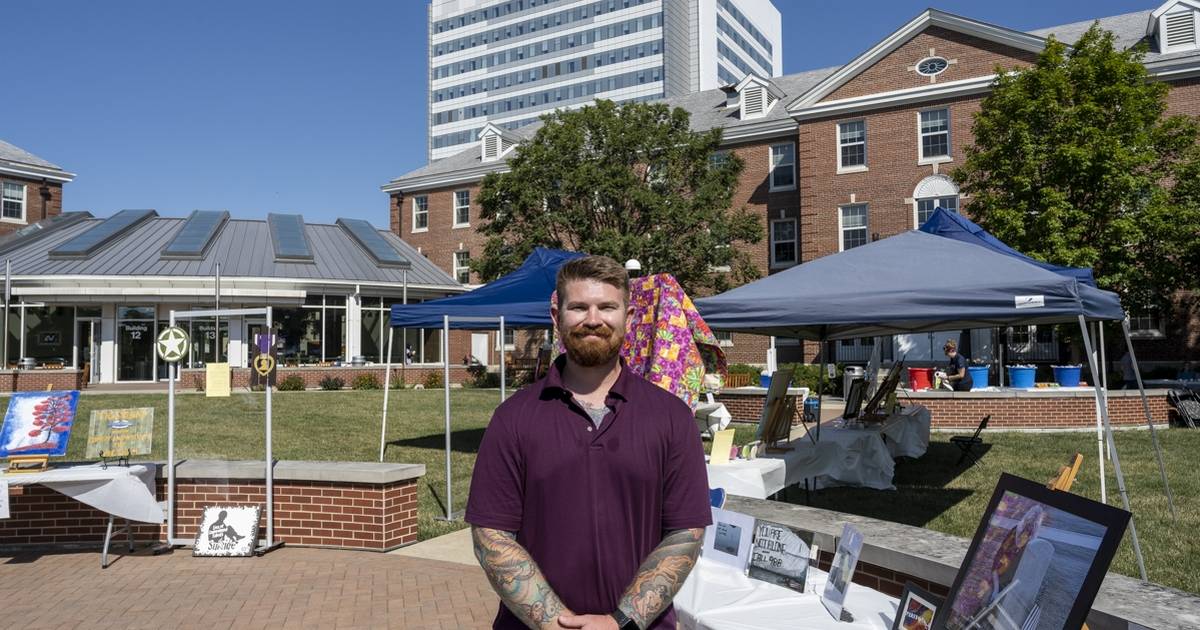 Hundreds of veterans, employees and community members attended the day-long event, which featured artwork by veterans, who expressed issues of self-harm, mental health and recovery. The event also shared resources for veterans and families seeking help.

“It turned out better than we expected,” said Ian Long, co-organizer of the event and Master of Social Work intern at Hines VA.

Long is a Navy veteran. For him, the fair was personal. Like many veterans, he attempted suicide and lost friends.

“I lost two friends in high school. I lost five sailors to suicide and attempted suicide three times,” he explained. “It’s a struggle, but that’s why suicide prevention is so important to me.”

According to Long, mental health and feelings of self-harm affect everyone differently, but help is always available.

“When you’re dealing with intense emotions like this, you don’t always know what to do. Sometimes you just need support from the community, from a health care provider, you just need someone. one to talk to and listen to, and there it is.”

In 2019, the suicide rate for veterans was 52% higher than for non-veteran adults in the United States, according to a 2021 Department of Veterans Affairs annual report on veteran suicide prevention.

Stressful life events such as divorce, job loss, substance abuse, or housing issues in some veterans can be risk factors for suicide, which can be exacerbated by past military experiences. These challenges can be compounded by a stigma attached to sharing problems with others and seeking help, the 2021 report notes.

Although the report highlighted a 7.2% overall decline in veteran suicide rates between 2018 and 2019, Hines VA staff still believe any veteran suicides are too many and preventable.

Carmona Caravelli explained that the art fair is about veterans showing that it’s okay to express their emotions, good and bad, and that resources are available from the VA and other organizations.

According to Carmona Caravelli, it was the first time her team could stage the event since 2019, due to the COVID-19 pandemic.

“We are so happy to be back,” she explained. “When we weren’t able to do it the first time, we received so many requests not only from veterans but also from staff. It broke my heart that I couldn’t do it until now. “

“It’s my emotions,” he explained.

Slomczynski is a survivor of military sexual trauma and attempted suicide who receives care through Hines VA. He uses art to help heal.

“Doing stuff like that puts me in a creative space instead of a destructive space,” Slomczynski said. “It gives me something to do that’s for me and keeps my mind in the right direction.”

Veterans can also contact the Veterans Crisis Line at 988 and press 1, to be connected with responders trained in crisis intervention and military culture.

The VA also offers additional information as part of their campaign, “Don’t wait, join”, at www.va.gov/REACH.