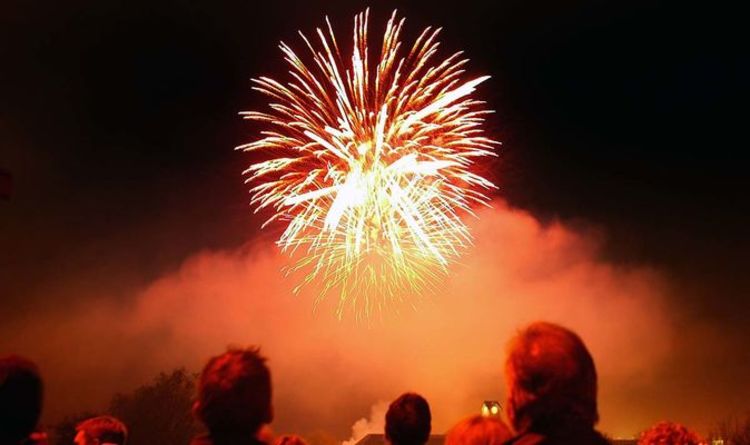 Help for Heroes said the flashes and bangs that fill the sky around Bonfire night can bring back memories of gunfire and explosions on the battlefield.

Professor Colin Preece, its Hidden Wounds Wellness Manager, said the sights and sounds of Guy Fawkes Night bring back horrific experiences of conflict for former members of the forces.

The charity launched the five-point Firework Heroes Code to highlight the vulnerability of veterans suffering from post-traumatic stress disorder.

Organizers want people to attend organized displays rather than garden events and give neighbors ample warning before they set off fireworks.

Professor Preece said: “It has been known for some time. The vast majority of veterans we support with mental health issues tell us they don’t like fireworks.

“It can be the bang and the flashes, but also the smell of the fireworks can be a huge trigger for them.

“These stimuli can remind veterans of the bad times they experienced in combat and make them relive traumatic events in their lives.

“With people who have more severe PTSD, it will almost immediately bring them into a conflict zone, into very strong memories of being in a conflict zone.

“They will have immediate ‘fight or flight’ responses. They will start to sweat, their heart rate will increase, they will become restless and they will feel attacked.

He added: ‘We’re not suggesting that people don’t have fireworks. We are simply asking them to be more attentive and to think of veterans.

In addition to asking people to prefer public displays and giving timely warning of their own displays, the code suggests using “silent” fireworks.

The charity says many former soldiers, sailors and aircrew avoid Bonfire Night celebrations and stay safe inside while others celebrate.

They often need treatment to help them cope with fireworks, which includes progressive levels of exposure with relaxation and desensitization techniques.

“I despise this time of year. It’s the unexpected detonations of fireworks in people’s homes or on the street that bring me back to where my trauma began and trigger my PTSD. Hearing them scares me and makes me angry, but I also have a physical reaction when I’m shaking and my heart racing.

“I have to pull myself out of the situation and sit somewhere quietly, take deep breaths and prepare to bring myself back to the ‘now’ rather than the trauma I was brought back to.”

Ex-Household Cavalryman Steve Mills, 56, hasn’t liked fireworks since he was diagnosed with PTSD 12 years ago.

He said, “For me, it’s both the sound and the smell; they trigger flashbacks and panic attacks.

“I can feel like I’m having a heart attack, I get hot and clammy, I get headaches and I feel nauseous.

“I’m mentally exhausted by the time Bonfire Night rolls around because people are setting off fireworks weeks before and they keep going for weeks after, until New Years Eve when it all starts again.”