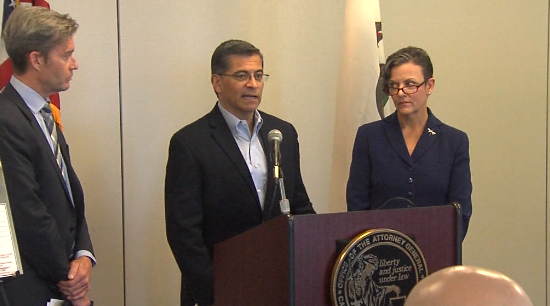 A Northern California jury has ruled that operators of a charity for injured veterans should pay the state of California nearly $9 million to keep millions of dollars in donations for their own financial gain . The judgment is a victory for California Attorney General Xavier Becerra, who filed a civil lawsuit last year following an investigation by the California Department of Justice.

The defendants, all members of the same Fresno family, were accused of conducting a deceptive and misleading fundraiser on behalf of two charities; Wounded Warriors Support Group and Central Coast Equine Rescue and Retirement, a non-profit organization whose mission is to rescue abused horses. The Attorney General’s office became involved in 2015, after receiving complaints about the raffle organized by the Wounded Warrior Support Group.

Digging deeper, investigators say they found many more deceptions and frauds. According to the state’s complaint, the defendants, Matthew Gregory, his wife Danella and their adult children Matthew and Gina used the donated funds for shopping, renting, traveling, dining and paying their credit cards. Over seven years, the Gregory family raised millions in donations, but Attorney General Xavier Becerra estimated that only $33,000 actually went to benefit veterans.

The charity set up for abused horses also turned out to be a sham. Investigators found no evidence of an equine therapy program believed to help veterans with post-traumatic stress. Instead, they say the donations were used by the Gregory children to pay for the keeping of their own horses.

According to Tania Ibanez, the assistant attorney general who helped file the lawsuit, “These weren’t rescued horses. The charity was basically operated to support the equestrian hobby of the two Gregory siblings.

Becerra said there were too many groups posing as legitimate charities. To check out an organization you might want to support, you can go to the Attorney General’s website and see if the charity is listed on the state charitable trust registry.