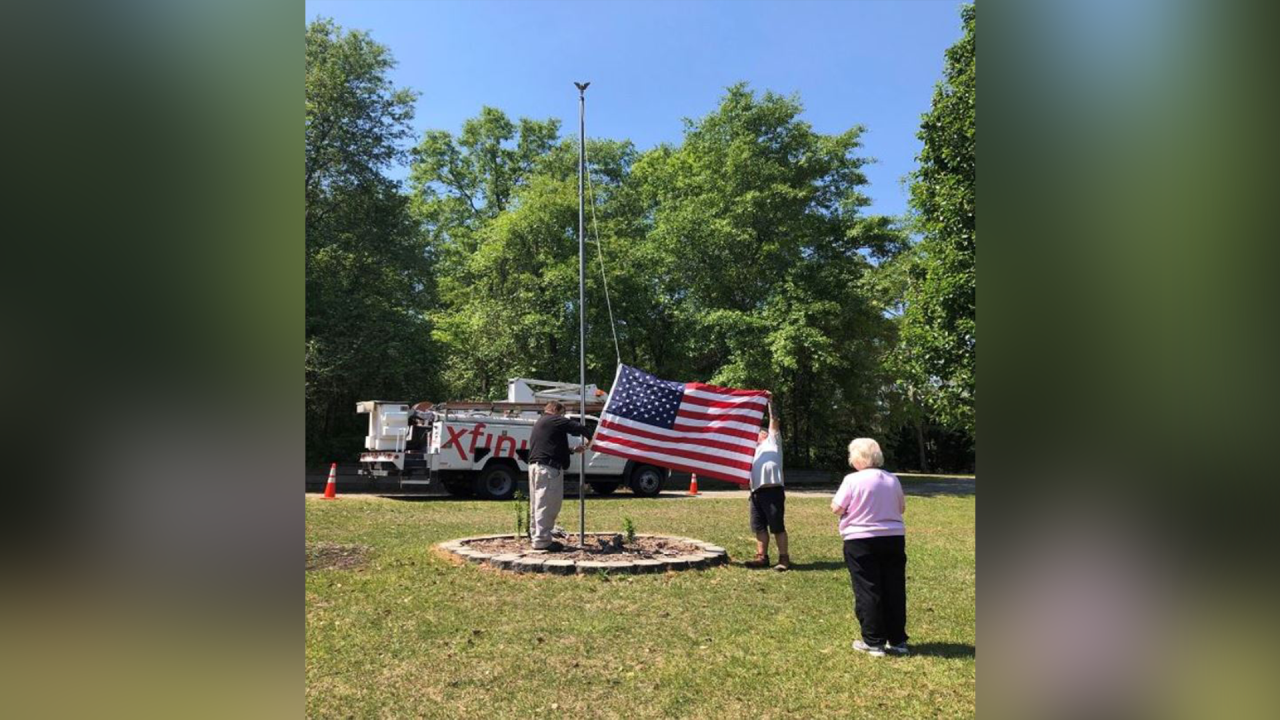 If a Comcast employee notices a worn flag in a home or business, the technician shares the location with the Flag Replacement Team, who contacts the individual or business and offers to replace it – free of charge. Flags are replaced for residents, nonprofits, and small businesses, whether or not they are Comcast customers.

Old flags are removed in accordance with military protocols.

“They pull the flag three ways. They do this through the VFW, the Boy Scouts or the American Legion. There is a formal process to care for and respect the flag,” explained Alex Horwitz, vice president of public relations at Comcast NBC Universal.

In Savannah, employees have already started the program and replaced 15 flags for residents. Horwitz said Savannah residents were very pleasantly surprised to have their flags replaced.

Memorial Day Weekend Events in and around Savannah

“We want to spread the word to let people know that if you have a flag up front we’re going to drive. If we see him, we might approach to see if you would be okay with us replacing him,” Horwitz said.

The Flag Replacement Program is led by employees who participate in Comcast’s Veterans Network Employee Resource Group, known as “VetNet.” Members include Comcast employees who are military veterans, active reserve participants, military family members, and other supporters of the military community.

“I am the third generation of my family to have served my country. It’s incredibly rewarding to work for a company that not only supports serving military members and their families, but also retired military members,” said Tom Longworth, a Comcast technical operations manager who served in the U.S. military. .

“I also appreciate how Comcast allows its employees to take time off to fulfill their military duties,” Longworth continued. “Finally, I appreciate our VetNet Employee Resource Group, which supports those who have served – this is the origin of our flag replacement program.”

Many members are Comcast’s frontline technicians who notice distressed flags on their daily commute.

“I’m proud of our employees for launching this thoughtful program in our region,” said Jason Gumbs, Comcast Regional SVP. “Our teams are proud to support their communities, and this is especially meaningful for the employees who have served our country.”

Comcast was founded decades ago by US Navy veteran Ralph Roberts. Today, the company employs more than 21,000 members of the military community.

In 2020, Comcast NBCUniversal was ranked number 1 by Military Times on its Best for Vets: Employers list. This year, Comcast Cable was recognized by the VETS Indexes as a 5-Star Employer, recognizing the organization’s commitment to recruiting, hiring, retaining, developing and supporting veterans, National Guard and Reserve members and military spouses.

“I think Ralph Roberts would have been incredibly proud of the role Comcast plays in supporting our employees who are military veterans and their families,” Horwitz said. “It was part of his vision when the company was founded, not only to support communities, but ultimately we were able to find ways to support our employees who are in the military community. It is very rewarding.

To learn more about Comcast’s support for the military, visit this link.