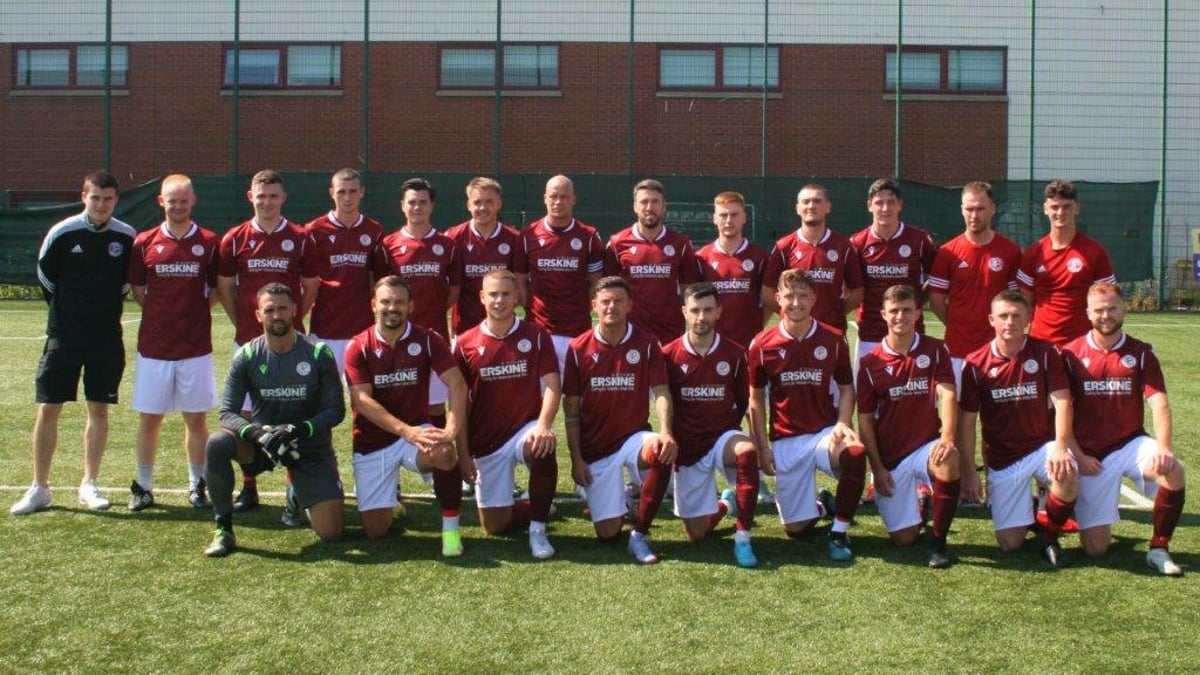 The deal marks the first time that Scotland’s biggest charity for veterans has taken center stage at the football club.

Scotland’s biggest veterans charity, Erskine, has become the charity sponsor of Petershill Football Club – with its logo affixed to the side stripes and veterans ready to attend matches.

It is also the first time that Erskine has been in the limelight for club football, with the charity set to benefit from regular bucket collections at Petershill home games.

Five-time Scottish Junior Cup winner Peasy, a famous junior side, now plays in the West of Scotland Premier League after moving through the newly formed semi-professional ranks in 2020.

This opens up the possibility for clubs at Petershill level to be promoted through the leagues and into the Scottish Premier Football League.

Jim Watret, Royal Navy veteran and vice-chairman of Petershill FC, is the man who established the partnership. He welcomed the announcement saying: “It’s fantastic to see Scotland’s biggest veterans charity getting involved with one of Glasgow’s most successful semi-professional clubs. Everyone involved at the club is looking forward to welcoming the veterans to a game in the near future.

As a charity, Erskine relies on the generosity of its supporters to maintain its commitment to caring for Scottish veterans. Without donations, we simply cannot continue this work. (Petershill F.C.)

“My team and I are looking forward to a game or two at Petershill Park during the season and I know many of our veterans will also be there to support the team in their own unique way.”

The GSCC Veterans Program receives money from the Federal Government