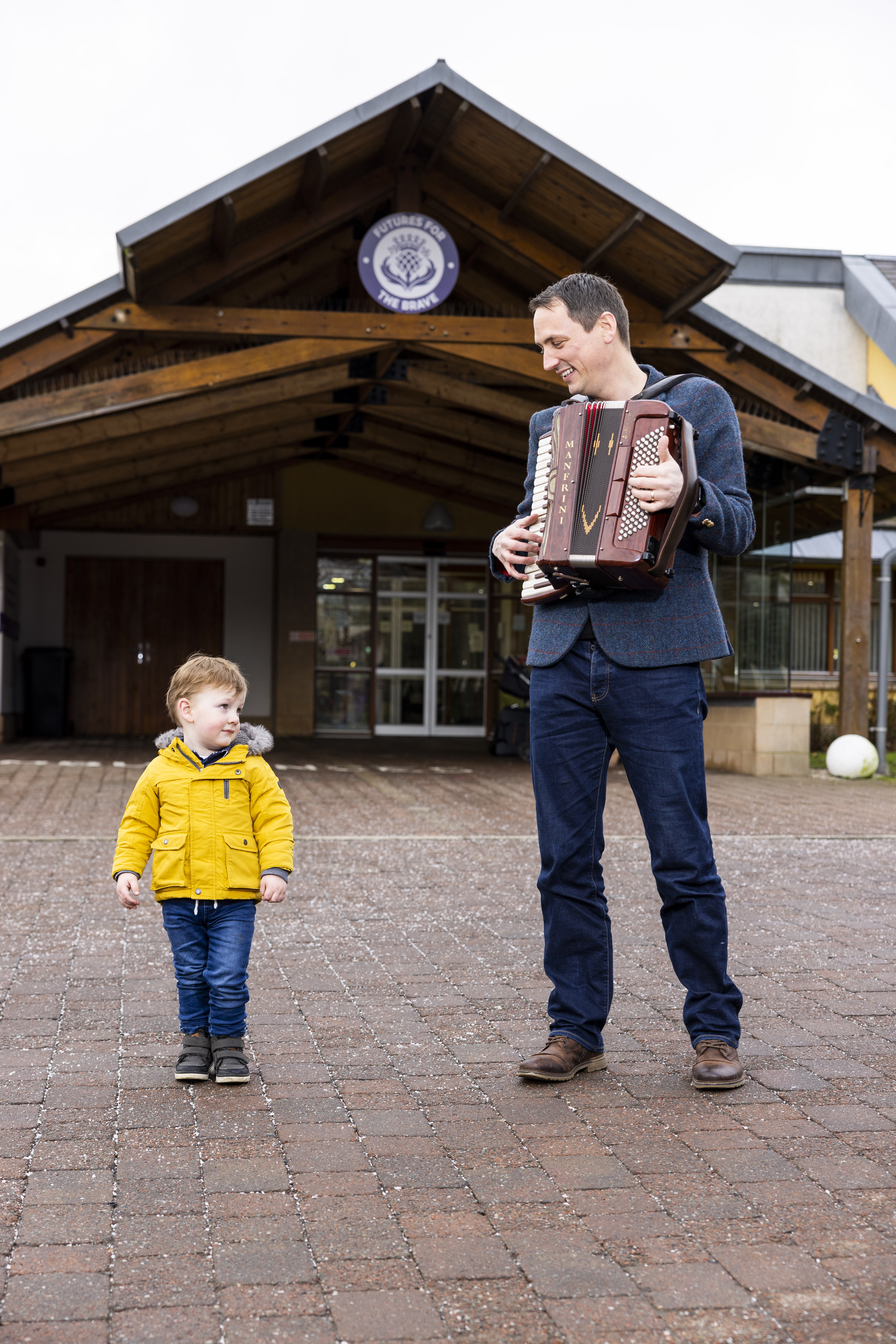 A world-renowned musician is helping kick off a veteran charity’s month-long fundraising campaign to help it continue providing care for nearly 1,000 former military men and women.

Accordionist Gary Innes hopes to strike a tune and kick off a quick walk with veterans, supporters and their families as he kicks off this year’s Walk for Erskine: Virtual Walk.

Scotland’s biggest veterans charity is calling on supporters to get their trainers and boots out and be sponsored for a charity walk throughout March. Money raised will help transform the lives of nearly 1,000 ex-servicemen, women and their families in Erskine’s care.

Supporters of all ages can set their own goals or join family and friends to raise funds collectively, all in Erskine’s name.

The month-long fundraiser will then culminate with the grand finale, March for Erskine: Live on Saturday, March 26. The course for the 3k event will take place in the heart of the Erskine Veterans Village in Bishopton, Renfrewshire. The local community is encouraged to join in the fundraising month’s celebration with a day of family fun, which will include, among other fun things, a scavenger hunt for the kids as well as food stalls and entertainment.

Mr Innes, 41, came out to kick off the event at The Erskine Home in Bishopton with a little help from families, friends and staff Krystyna Caulfield, 40, Angus Caulfield, 27 months, Erin Ewing , 33, Remi Ewing, 18 months, and spaniel Cooper.

He is also one of the founding members of the award-winning Scottish supergroup Mànran, which has seen him perform all over the world. His association with Erskine dates back to 2015, when he created Scotland’s first collaborative charity folk single with a piece of music he composed titled ‘Our Heroes’. He was later named Erskine Ambassador in 2021.

Read more: Glasgow’s Buchanan Galleries could be ‘teared down’ to create an urban neighborhood

Mr Innes said: ‘It’s been a tough few years for everyone, but as some shred of normality seems to be starting to return, it’s fantastic to step onto Erskine’s pitch and kick off this fantastic initiative. It’s great to be joined by some of the staff, families and four-legged friends participating in this year’s Walk for Erskine, and I’m honored to be able to walk alongside them. I’ll even take my accordion out for a walk throughout the month and play music along the way – there are no rules, just take your steps and raise money for this amazing charity. 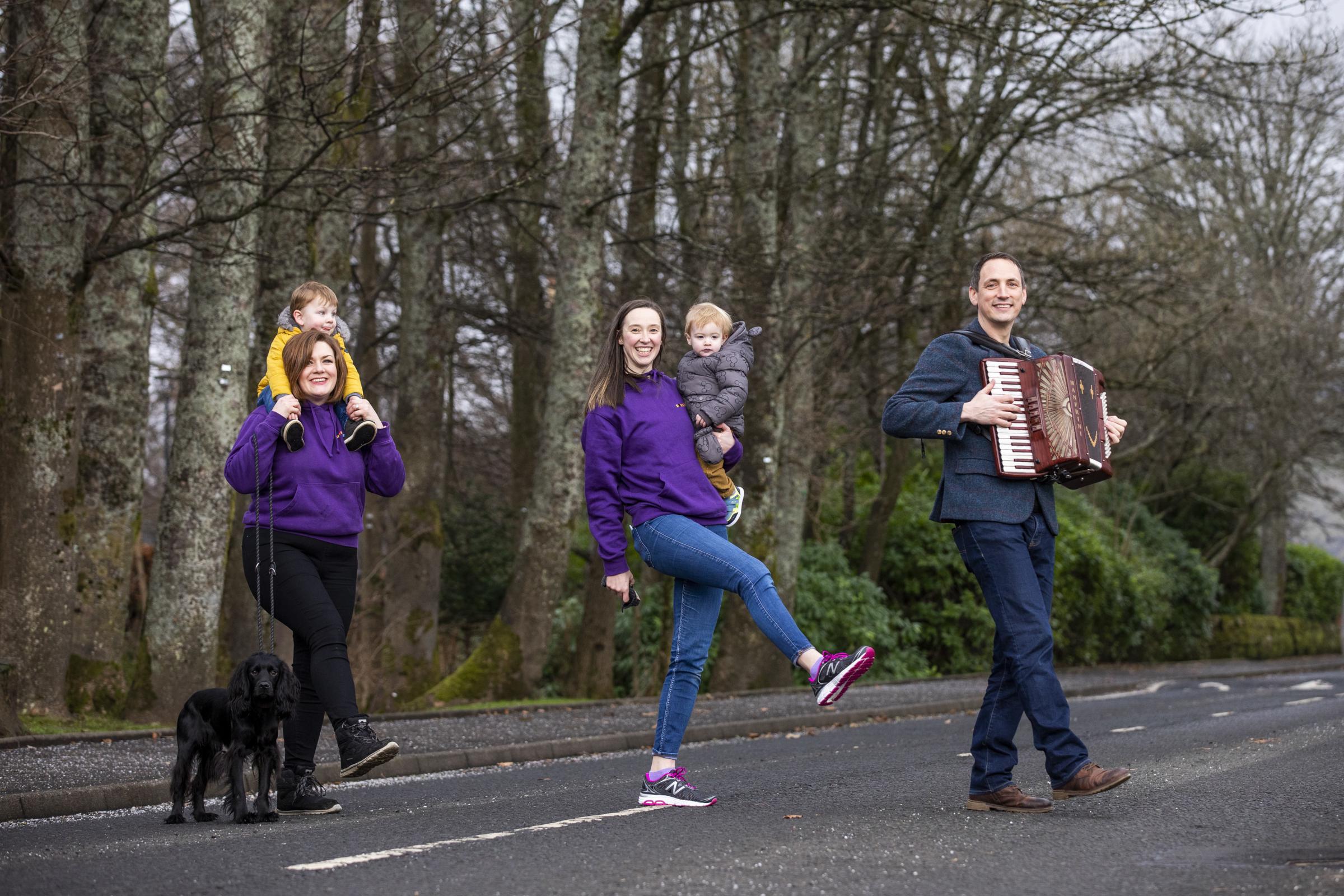 Just before Christmas, Erskine received a donation of over £4,000 through The Herald’s Readers’ Choice: Cash for Charities initiative. The money will be used to fund crucial tests in their care homes.

The Herald said it was giving charities the chance to take a share of a £125,000 cash giveaway. The charity arm of our parent company, The Gannett Foundation, provided £125,000 in cash to support local charities across the country and we were delighted to have a £20,000 share to give away in Scotland. 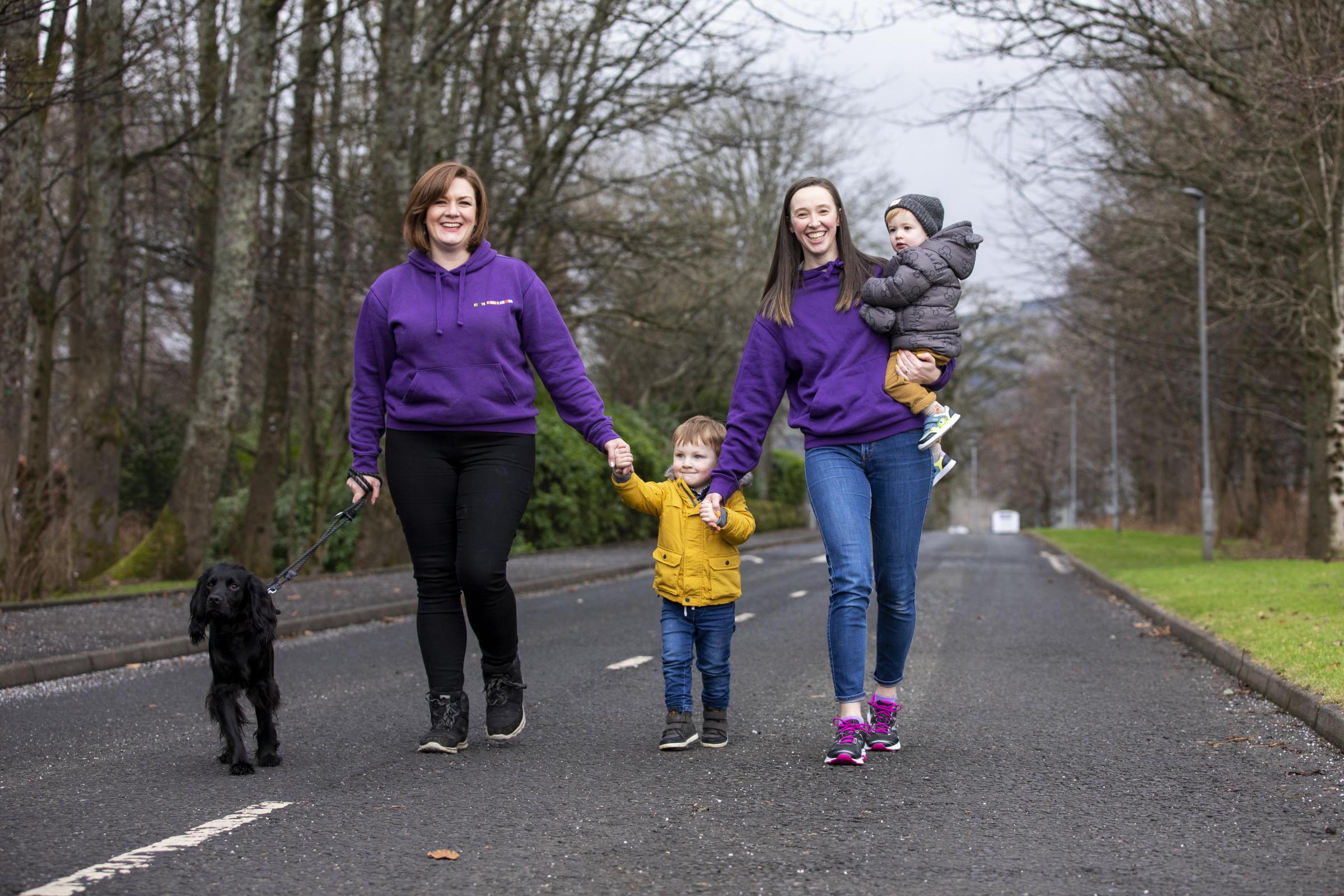 Gareth Toner, Head of Trusts and Foundations for Erskine, said: “The grant will fund procalcitonin testing (PCT) equipment for elderly and disabled veterans at The Erskine Home, Bishopton and Erskine Park Home. These tests are a crucial part of Erskine’s enhanced care services. Our caregivers use the equipment to take a small blood sample and test for elevated levels of procalcitonin which may indicate a bacterial infection.

“The ability to perform these tests has many benefits for our residents, including earlier detection and treatment of disease, more accurate diagnosis, better compliance with antibiotic treatment and prevention of sepsis. This generous grant from Cash for Charities will fund nine months of PCT testing equipment supplies for our two Bishopton homes.

To register for the live event, visit: https://register.enthuse.com/ps/event/MarchforErskineLiveEvent