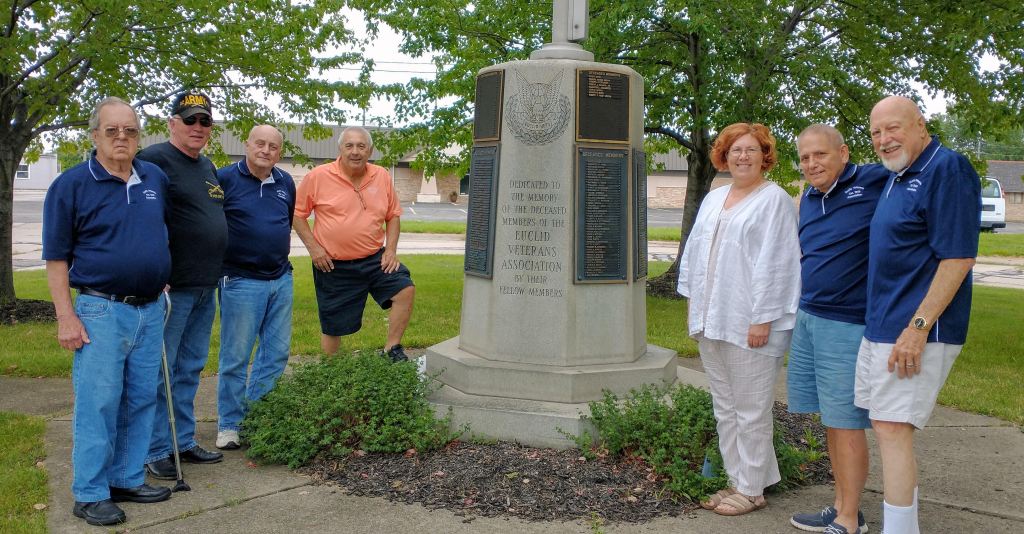 Seventy-five years ago, a small group of disabled Euclid veterans established an independent organization to benefit others who served in the armed forces as well as the community.

Although its numbers have dwindled, the original mission continues for the Euclid Veterans Association. Today, an active group of 60 members meets regularly to plan fundraisers, coordinate volunteer activities and socialize.

It was in 1945, at the end of World War II, that the group’s founders first came together to “organize a social and goodwill club”, according to the original handwritten notes of the meeting.

Initially, the intention was to limit membership to disabled veterans. Tony Sustarsic, one of the founding members and former mayor of Euclid, suffered multiple war wounds and lost a leg during the war. Other co-founders also suffered disabling injuries.

However, it was eventually decided to open the door to all veterans, and in 1951 membership grew to over 480.

Some members have witnessed or participated in historic moments such as the Battle of the Bulge, the Bataan Death March, and the signing of Japan’s surrender aboard the Battleship Missouri.

Among the first efforts supported by the association was medical assistance to “blue babies”, a name given to infants with congenital heart disease where the blood is unable to transport oxygen throughout the body.

Members have also played an important role in the community through their work and participation in annual festivals and parades.

Today, the relatively small and hardworking group continues to financially assist veterans and the community with an annual budget ranging from $17,000 to $22,000 from fundraising and donations.

An annual dinner to be held on September 27 at Tizzano Party Center at Euclid is one of the organization’s largest fundraisers. Proceeds will support the Gary Sinise Foundationa national charity and veterans service organization.

“We are still going strong. With 60 members, we’re still as involved as when we had 300 or 400,” said long-time member and past president Jeff Morris.

In addition to financial efforts, members take the time to personally lend a hand. Assembling care packages for overseas military personnel and providing holiday dinners for the less fortunate are examples of their generous deeds.

Cheryl Ludwa is the current president of the group and a veteran who served in the US military for 33 years, reaching the rank of colonel. Prior to the coronavirus pandemic, she and other members coordinated bingo games and other activities at the Louis Stokes VA Medical Center in Cleveland.

Al Belevice, a long-time member and past president, spends time giving presentations focused on the American flag at various schools in the area.

Urban Scolaro, who served as president from 2010 to 2012, says service to others is the reason he joined several years ago.

“I basically came because we’re helping veterans and we’re also helping the city,” Scolaro said. “That’s what I really like about the organization, it really helps a lot of people.”

The elements of camaraderie and camaraderie are closely related to valuable service to others. Bus trips, parties, and other get-togethers provide opportunities for fun and socializing.

Many members have established friendships that have lasted for decades.

In a recent meeting, member John Prizzi noted that the band is realistic when considering its future and that related discussions are ongoing.

“We have to look to the future as our numbers go down. We want to be ready,” he said.

In the meantime, members are busy planning their upcoming events and working on special projects, like helping staff members at Our Lady of Lourdes Shrine in Euclid with a parking lot project.

“It makes us feel good to do something constructive not only for the vets but also for the city of Euclid,” Scolaro said.