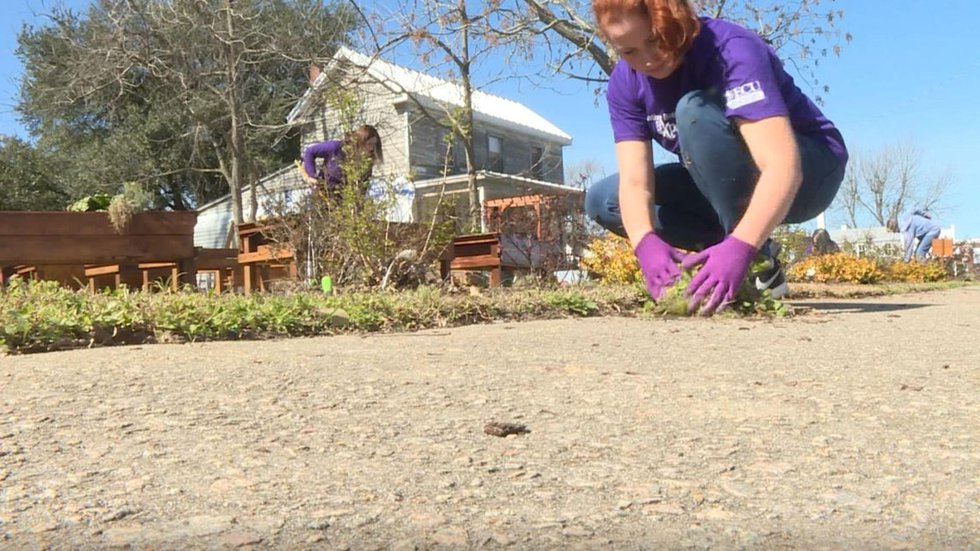 A group of eight college students embarked on a project in Washington as part of an alternate spring break with a group called Women Leading Little Washington.

ECU College students pulled weeds and raked leaves on Monday, in partnership with the Pamlico Rose Female Veterans program, to create a garden for a gathering place for female veterans. The center, called the Rose Haven Center of Healing, should be ready for operation in early summer.

An ECU student who served 8 years in the Air Force, Caitlin Friello, said it would fill a serious need. “To be able to reintegrate into the civilian world as a non-traditional veteran student and to be able to have a support group like this is huge. It’s beyond words to understand,” a- she declared. “The fact that something like this exists here to cater specifically to female veterans is extremely important, myself being a veteran and because most of the services that exist now are aimed at male veterans.”

Friello said most veteran support groups cater to men, even though women make up 15-20% of the veteran population, but work like this makes a big difference for women who have served.