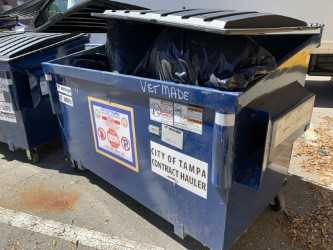 The Florida Attorney General has shut down a fake veterans charity based here in the Tampa Bay area following a series of reports from 8 On Your Side.

An 8 On Your Side survey found in the past 5 years, VetMade has not trained any veterans.

According to a settlement with the Florida Attorney General’s office, VetMade founder John Campbell, a retired Army lieutenant colonel, does not admit to any wrongdoing.

He is prohibited from collecting or receiving charitable donations and must donate $250,000 to a legitimate veterans charity.

The attorney general’s office says Campbell gave him a check for $250,000 made out to the Florida Veterans Foundation.

“Obviously they feel he’s guilty of something if he coughs up a quarter of a million dollars,” said Green Beret and former VetMade volunteer Ken Cook.

Cook was one of the organization’s first volunteers.

“It was an ongoing and deliberate fraud by an officer, a former officer who works with SOCOM (Special Operations Command).”

Campbell’s plan was to train veterans to make wooden Adirondack-style furniture to sell.

Instead, he collected money and banked it.

Last June, 8 On Your Side asked Campbell how he justified raising money over the past five years, banking $300,000 and failing to help veterans.

“It’s harsh and the optics are bad,” Campbell said.

He claimed that 93% of the funds raised will go to help our heroes.

We discovered that Just Donated kept 90% of the money.

“It might seem like people are being misled, that’s the furthest thing I want to see,” Campbell said last June.

That’s exactly what we saw, and apparently the Attorney General did it too.

“Thanks to people like you identifying when activity like this is taking place, we are able to act quickly and take action to stop it,” Attorney General Ashley Moody said.

The Attorney General says she is asking her Californian counterpart to sue Just Donate to recover the millions he raised on behalf of this bogus charity called VetMade.

Campbell did not respond to our request for comment for this report.

Although the Voluntary Compliance Assurance Agreement with the Attorney General states that he does not admit any wrongdoing, it also indicates that he has engaged in potentially unfair and deceptive business practices, including making statements false and misleading in soliciting donations.

If you know of something that should be investigated, call our 8 On Your Side Helpline at 1-800-338-0808. Contact Steve Andrews at sandrews@wfla.com.