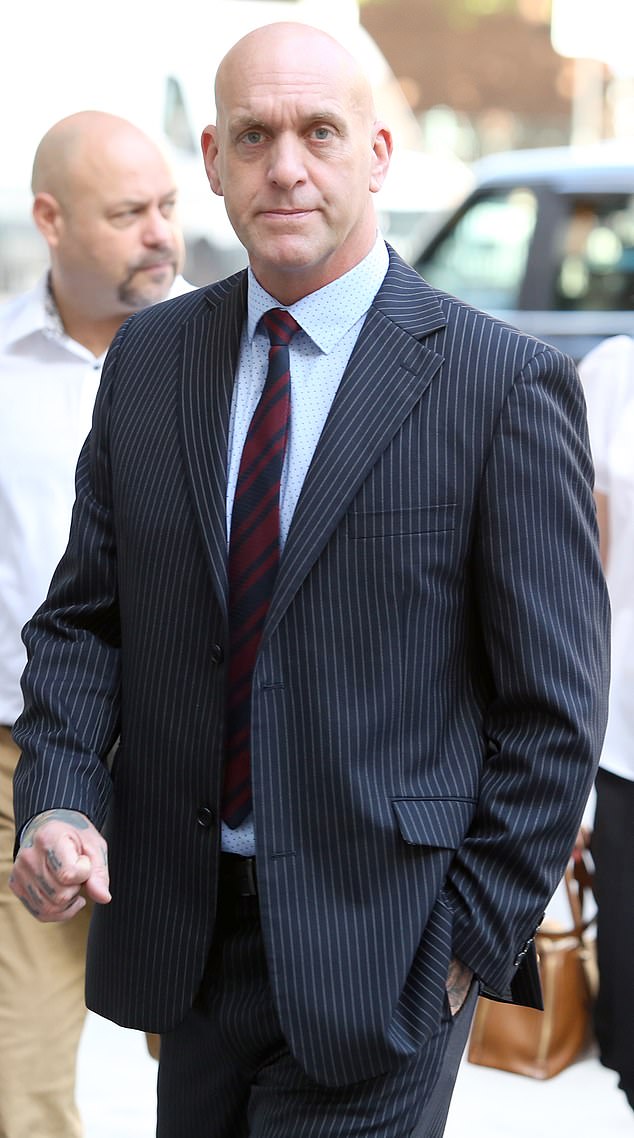 The founder of a charity for army veterans who groped a woman’s bottom to check if she was wearing underwear has been spared jail time.

Timothy Evers, 54, sexually assaulted the woman when she posed for a photo with him at an awards night at a Westminster hotel.

Evers, a father-of-two, now serving with South Yorkshire Fire and Rescue, denied the sexual assault and told Westminster Magistrates’ Court it ‘did not happen’.

Judge Minhas referenced a Twitter exchange between Evers and the victim, where he blamed “effervescence and exuberance” and said, “No malice, but also no apology.”

The judge added: “I interpret the tweet as apologizing for his actions.”

Dressed in a gray suit, blue shirt and red-striped tie, Evers was sentenced to a 12-month community order with 80 hours of unpaid work.

He must also complete a 15-day rehabilitation program and register as a sex offender for the next five years.

Timothy Evers, 54, sexually assaulted the woman when she posed for a photo with him at an awards night at a Westminster hotel

The woman told the court how Evers approached her and asked for a picture with her.

“His charity had won. I recognized him as one of the winners,” the woman said.

Evers told him to “come over here” for the picture.

She said they then went to another part of the building, where she saw a large group of men on the stairs.

“I thought they wanted a group photo. They were all laughing and watching him take a picture of me.

“One of them took the photo.

‘He put his arm around me like that [indicating her waist]then puts his hand on my buttocks.

“He put his hand all around my butt and squeezed it.”

‘He said ‘I just wanted to check if you were wearing panties. He then pointed to his colleagues and said “sorry honey, they dare me to do this”.

The victim said she yelled at Evers as she tried not to cry, before running away.

“I was crying and saying ‘this guy just touched my ass’. 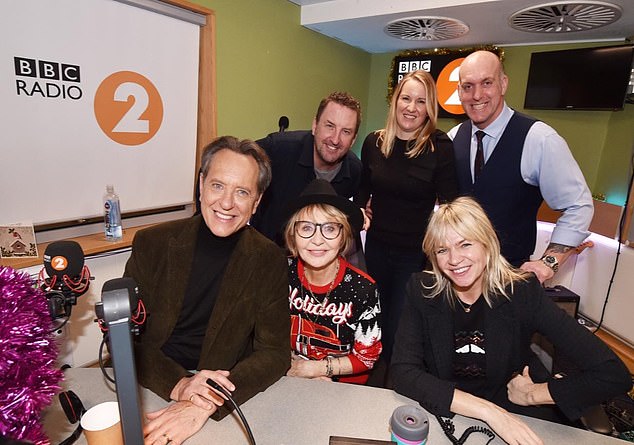 Timothy Evers (back row, far right) during an appearance on BBC Radio 2. He was sentenced to a 12 month community order with 80 hours of unpaid work

“I went home and sat in my room. I was furious, I was crying. I was really upset. It occurred to me to call the police. But I did not do it.

The woman said she tweeted to the charity Sapper Support, which responded by saying “the exuberance and bubbly were to blame”.

The victim reported the incident in 2020.

Evers, who has been a firefighter for 26 years, said he founded the charity after hearing about the death of a fellow “sapper” with PTSD.

He told the court he drank a single glass of champagne at the event that night.

“It was a big deal for me. We were a very young charity. I wanted to be able to remember that,” he said. 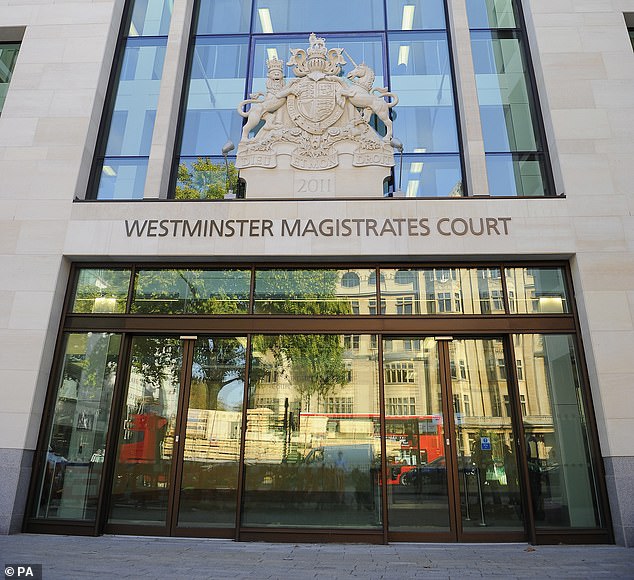 Evers, who has been a firefighter for 26 years, said he founded the charity after hearing about the death of a fellow ‘sapper’ from PTSD, Westminster Magistrates Court heard.

“I put my arm around his waist. I had my trophy in hand,” Evers said.

He said when he saw her tweet ‘I had a stomach ache if I’m being honest. I was amazed that she thought we did. So I wrote an awkward response at four in the morning.

In the tweet, Evers said “too much booze and exuberance were probably to blame.” No malice, but also no excuse.

He told the court: ‘It was not an admission of guilt. It was a poorly worded tweet, early in the morning.

“I asked if any volunteers had interacted with her.”

Evers said he deleted the tweet because he had received a “torrent of abuse”.

‘It was pretty despicable. I was called a pedophile,” he said.

“I made no apologies for anything I did. I didn’t know who did it…I thought one of my volunteers might have done it,” he replied.

Ms Gatland asked: ‘Did you delete it because you realized you admitted to touching her?’

Evers, of Cleckheaton, West Yorkshire, denied the charge but was found guilty of sexual assault.

The judge had said of the victim: “I found him a convincing witness. The incident left a lasting impression on him.

According to the Sapper Support website, Evers joined the Royal Engineers in 1992.

After an operational tour, he joined the 33rd Engineer Regiment EOD (Explosive Ordnance Disposal) Wimbish, later serving in Bosnia. He became a firefighter after leaving the army.

He founded the charity in 2014 after a close friend of his killed himself after suffering from PTSD, a court heard.

Evers’ colleague and close friend, Mike Jenkins, described him as “the driving force behind a charity that has literally saved lives”.