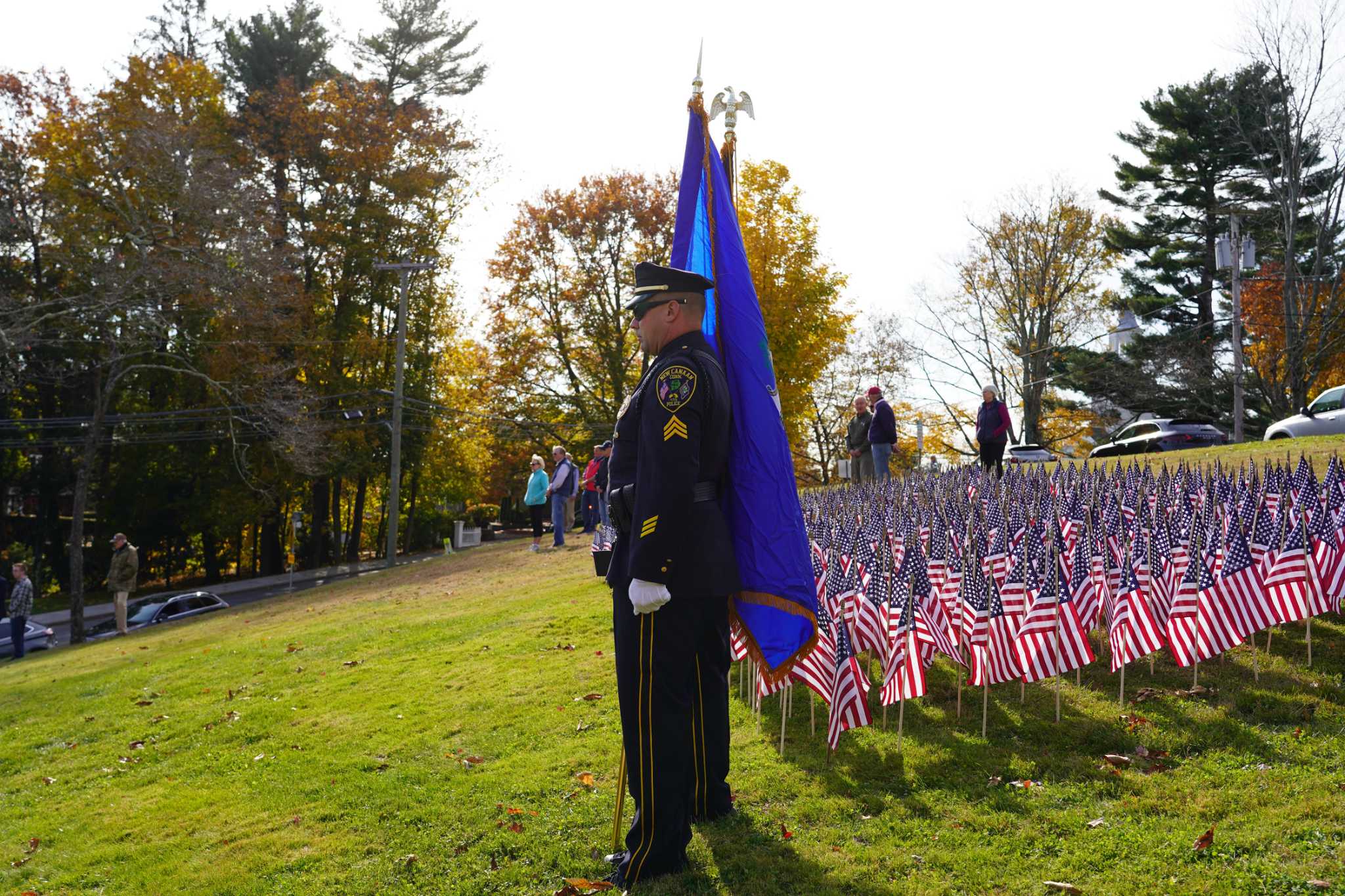 Guest speaker urges veterans and community to be careful online

NEW CANAAN — A future conflict could blur battle lines from years past, Colonel Stephen Hamilton explained in his keynote address at the New Canaan Veterans Day ceremony on Thursday.

The Chief of Staff and Chief Technical Officer of the Army Cyber ​​Institute urged ceremony attendees to be “vigilant when you go on the internet” as he spoke at God’s Acre, adding that the work that he does is focused on obtaining information on those who attempt to directly target “our country through our own phones and computers”.

He spoke to nearly 100 residents who observed New Canaan’s Memorial Day traditions. Tap dances were played, the Daughters of the American Revolution laid wreaths at Calvary, the flag was lowered to remember the dead, and the poem “Flanders Field” was solemnly read as the color guard looked on. Flanders Field was written by John McCrae in 1915 after the funeral of a friend of his.

As a new gesture this year, smaller flags waved in the breeze to honor the more than 1,700 veterans who live and have lived in the city.

First selector Kevin Moynihan said the 600 flags atop God’s Acre honor the 131 who fought in the Revolutionary War, 225 Civil War veterans, 259 World War I veterans, the 1,093 who served in World War I, 147 in Vietnam War and 104 in Dessert Storm and Global War on Terror.

Moynihan received a flag from emcee Michael McGlinn. The flag was originally flown over the United States capitol and obtained by Congressman Jim Himes to celebrate the centennial of New Canaan veterans of foreign wars after 653.

“Be careful and check your sources of information when online,” Hamilton said as residents surf the web in a sea of ​​intentional misinformation. He reiterated a strong value for free speech and expressed his gratitude for being able to live and serve in the United States.

He also spoke directly to veterans.