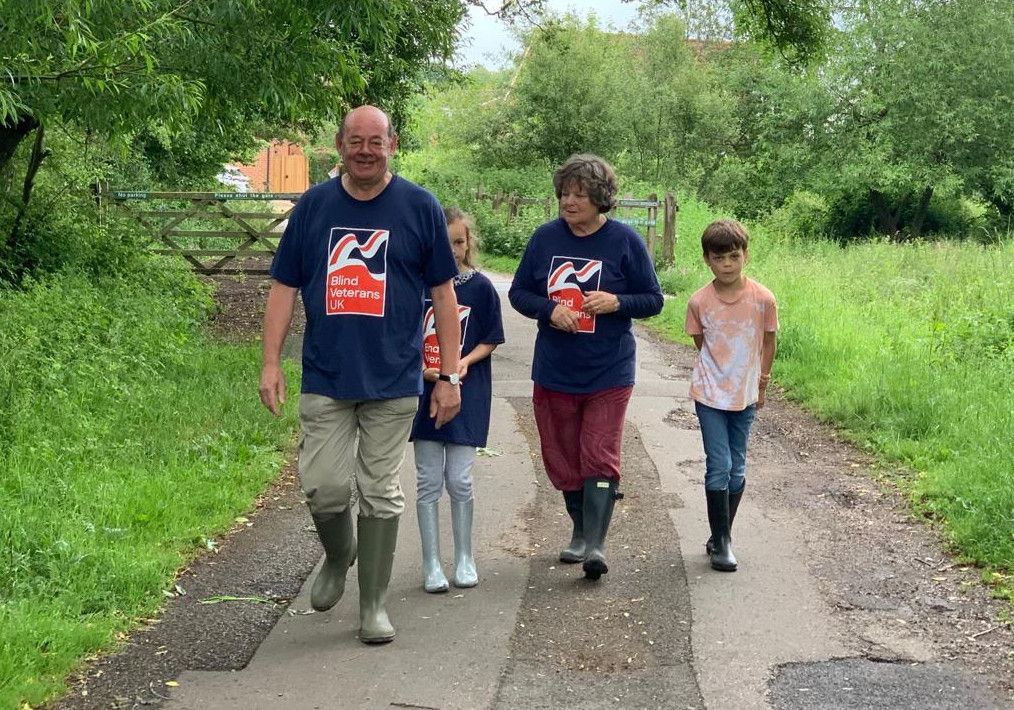 He will step down as Chairman of the Trustees of Blind Veterans UK and has therefore decided to tackle both of these challenges by then.

A Hart man walked 70km in 24 hours to raise money for a charity supporting blind veterans.

Paul Luker, 69, from North Warnborough in the Hart district of Hampshire, took up the challenge on Saturday June 19 and Sunday June 20, raising over £7,000 for Blink Veterans UK.

Paul is the chairman of the trustees of the charity and had wanted to complete two challenges before his 70th birthday in July, the other challenge being to walk the equivalent of 70 marathons in a year.

Paul said: “The real challenge was going for 24 hours in mostly wet weather, but my wife, three daughters, son-in-law and two grandchildren took turns walking part of the journey with me.

“I was really surprised by all the encouragement from people online and offline. I would like to say thank you to everyone who donated, everyone has been so generous.”

Paul has already succeeded in his attempt to walk the equivalent of 70 marathons before his birthday.

He’s on track to complete more than 90 before the big day, a goal achieved by walking about six miles each day.

Paul was a director of Blind Veterans UK for ten years and served as chairman for the past four years.

During his time with the charity, Paul has seen first hand the vital support the charity provides and has met many inspiring veterans.

Paul added: “The charity brings people back to life. I regularly receive letters from blind veterans saying how much the charity has helped them.

“Inspirational veterans like Captain Tom who have done so much for the NHS inspired me to fundraise for Blind Veterans UK.”

Paul has a personal connection to the military as he joined the Royal Air Force in 1968 aged 17 and rose to the rank of Air Vice Marshal.

Specializing as a helicopter pilot, his career has seen him work around the world, including in Hong Kong and Afghanistan, as well as being Commanding Officer of RAF Odiham.

Nicky Shaw, Operations Director of Blind Veterans UK, said: “Living in isolation, blind veterans need our help at this time with everyday tasks, such as shopping, and constant emotional support. during this difficult time.

“We are therefore temporarily modifying our service and mobilizing our staff to provide practical and essential support to help the most vulnerable.

“There is so much we can and should do to support blind veterans to help them maintain their physical and emotional well-being, and feel safe, reassured and supported during this crisis.

To support Paul and donate on his Just Giving page, visit: https://www.justgiving.com/fundraising/PaulLuker