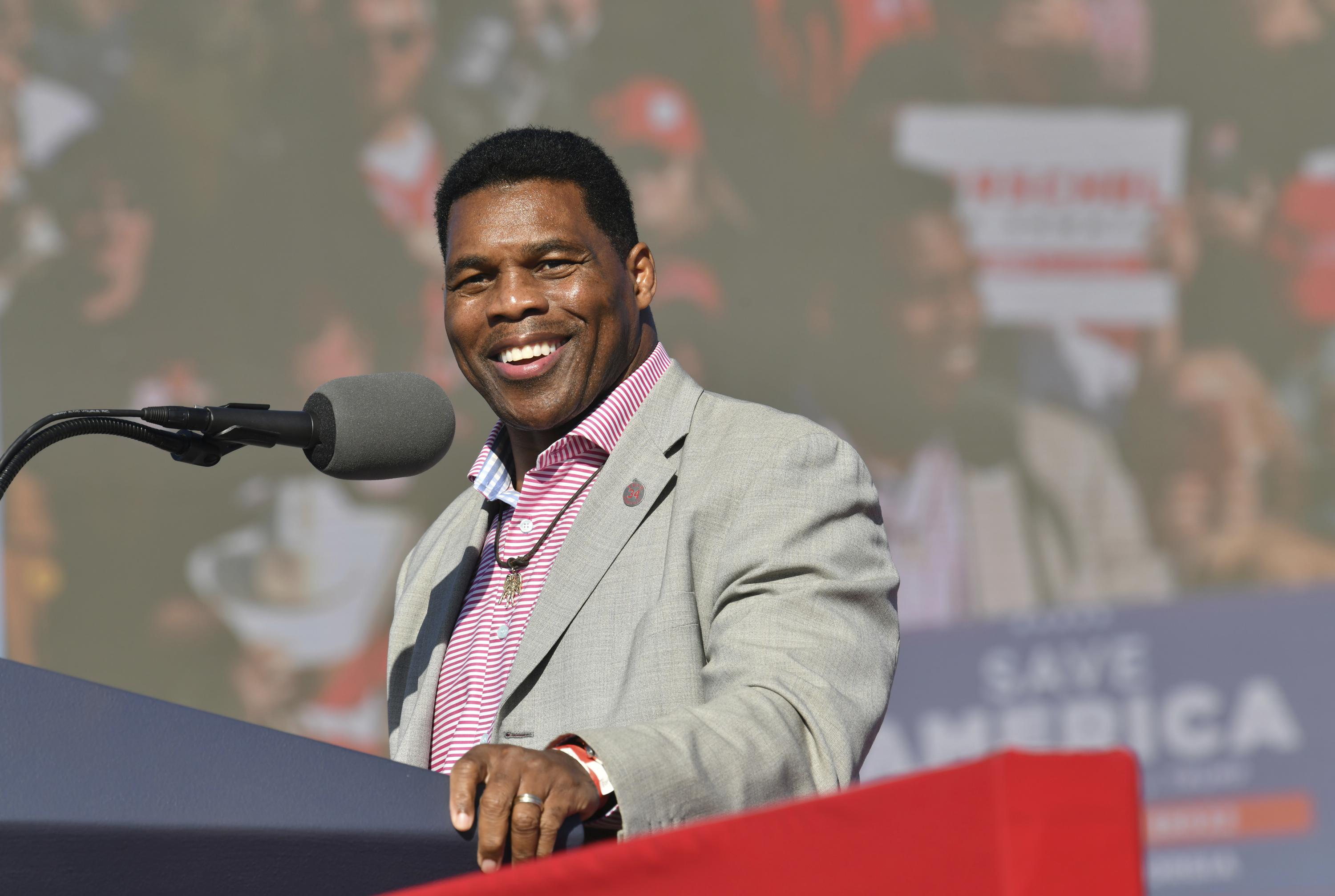 In interviews and campaign appearances, the former Dallas Cowboy and Heisman Trophy winner takes credit for founding, co-founding and at times operating a program called Patriot Support. The program, he says, has taken him to military bases all over the world.

“About fifteen years ago I started a program called Patriot Support,” Walker said in an interview with conservative commentator Hugh Hewitt last October. “People need to know that I started a military program, a military program that treats (thousands) of soldiers a year,” he told Savannah TV station WTGS in February.

But corporate documents, court filings and Senate disclosures reviewed by The Associated Press tell a more complicated story. Together, they portray a famous spokesperson who exaggerated his role in a for-profit program that allegedly abused veterans and military personnel while defrauding the government.

The revelation marks the latest example of a much more complex reality that lurks beneath the carefully curated autobiography Walker presented to voters.

Walker’s campaign would not make him available for an interview.

“So let me get it – you are demonizing Herschel for being the face of an organization for 14 years that has helped tens of thousands of soldiers with mental illness,” Walker spokeswoman Mallory Blount said in an emailed statement that also criticized the media. .

Even before entering the race, Walker drew attention to his past mental health issues, including allegations that he threatened the life of his ex-wife. He significantly inflated his record as a businessman, as the AP previously reported. And his claim that he graduated at the top of his class from the University of Georgia, where he led the Bulldogs to a championship in 1980, was also false. He did not graduate, as the Atlanta Journal-Constitution first reported.

Political candidates often gild their stories, and so far in the race for the Republican Senate nomination with the backing of former President Donald Trump, Walker’s troubled track record, lies and contradictions have not had a price. But if he wins Tuesday’s primary, in which he holds a commanding lead, Democrats will likely highlight unflattering parts of his story in what promises to be one of the fiercest fall contests, with control of the US Senate hanging in the balance.

“Walker has a troubled record, which a lot of Republicans have already sounded the alarm bells for,” said JB Poersch, chairman of the Senate Majority PAC, a campaign arm of Senate Democrats that pays millions of dollars. in attack advertisements. “Much of the discussion about his record will carry over into the general election because voters deserve to know the truth.”

Long before his candidacy, Walker received plaudits for his work with Patriot Support. His visits to bases were touted in military press releases. And in 2014, as a celebrity contestant on a Food Network game show, Walker won a $50,000 prize to donate to his charity of choice, Patriot Support.

But Patriot Support is not a charity. It is a for-profit program specifically marketed for veterans that is offered by Universal Health Services, one of the largest hospital chains in the United States. Nor was Walker the founder of the program. It was created 11 years before Universal Health Services said it hired Walker as its spokesperson, who paid him a salary of $331,000 last year.

And the $50,000 prize he won from the Food Network did not go to Patriot Support, but was instead donated to a Paralympic veterans program on behalf of Patriot Support.

Court documents, meanwhile, offer a much more disturbing picture of his care for veterans and service members.

A sweeping civil case brought against Universal Health Services by the Justice Department and nearly two dozen states alleges Patriot Support was part of a larger effort by the company to defraud the government.

To achieve this goal, the company pushed staff at its mental health facilities to misdiagnose patients and falsify documents in order to hospitalize those who did not need it, according to court records. In other cases, they did not discharge those who no longer needed hospitalization, according to the DOJ.

A long year 2016 survey by the BuzzFeed website included interviews with former patients, including a veteran, who said they went to universal health services seeking consultation or advice to end up in hospital, sometimes against their will.

According to court documents, veterans and military personnel were given special attention.

“To maximize the flow of military patients, UHS has engaged in an aggressive campaign … to market its ‘Patriotic Support Program,'” said a company whistleblower who ran the admissions program in a Utah hospital in a 2014 court document.

As a celebrity spokesperson, Walker was part of the PR blitz.

The company reached a $122 million settlement in 2020 with the Department of Justice and the coalition of states.

Jane Crawford, a spokeswoman for Universal Health Services, denied the whistleblower’s account of an aggressive marketing campaign to lure military members into the company’s Patriot Support program. She also said some of the alleged conduct occurred before Universal Health Services purchased a group of hospitals operated by Ascend Health in 2012. Ascend Health ran a similar program for veterans called Freedom Care, of which Walker was also a spokesperson.

Universal Health Services also denies the government’s broader allegations and said it agreed to the settlement to “avoid the ongoing costs and uncertainty of ongoing litigation.”

Although Walker touted his role with Patriot Support during the campaign trail, there’s no suggestion he was directly involved in wrongdoing at hospitals. The company declined to renew his contract this year, and a detailed biography of Walker was removed from Patriot Support’s website.

“Herschel Walker served as the national spokesperson for our anti-stigma campaign from 2010 to 2021,” Crawford, a spokesperson for the company, said in a statement. “As a mental health advocate, Mr Walker shared his personal journey to raise awareness and encourage others to seek help. He is no longer under contract with Universal Health Services.

Despite the steady stream of revelations about Walker, including his role with Patriot Support, some Republican strategists doubt they will hurt his chances in a general election with Sen. Raphael Warnock, who is Georgia’s first black senator.

Whit Ayres, a longtime Republican strategist who started his business in Georgia, said Walker was “like a god” in the state.

“There are still kids who will wear Herschel Walker football shirts some 40 years after playing for the University of Georgia. So negative news will be heard with a heavy dose of skepticism,” Ayres said. That doesn’t mean some of the allegations won’t penetrate somewhat, but they won’t do as much damage as a normal candidate.”