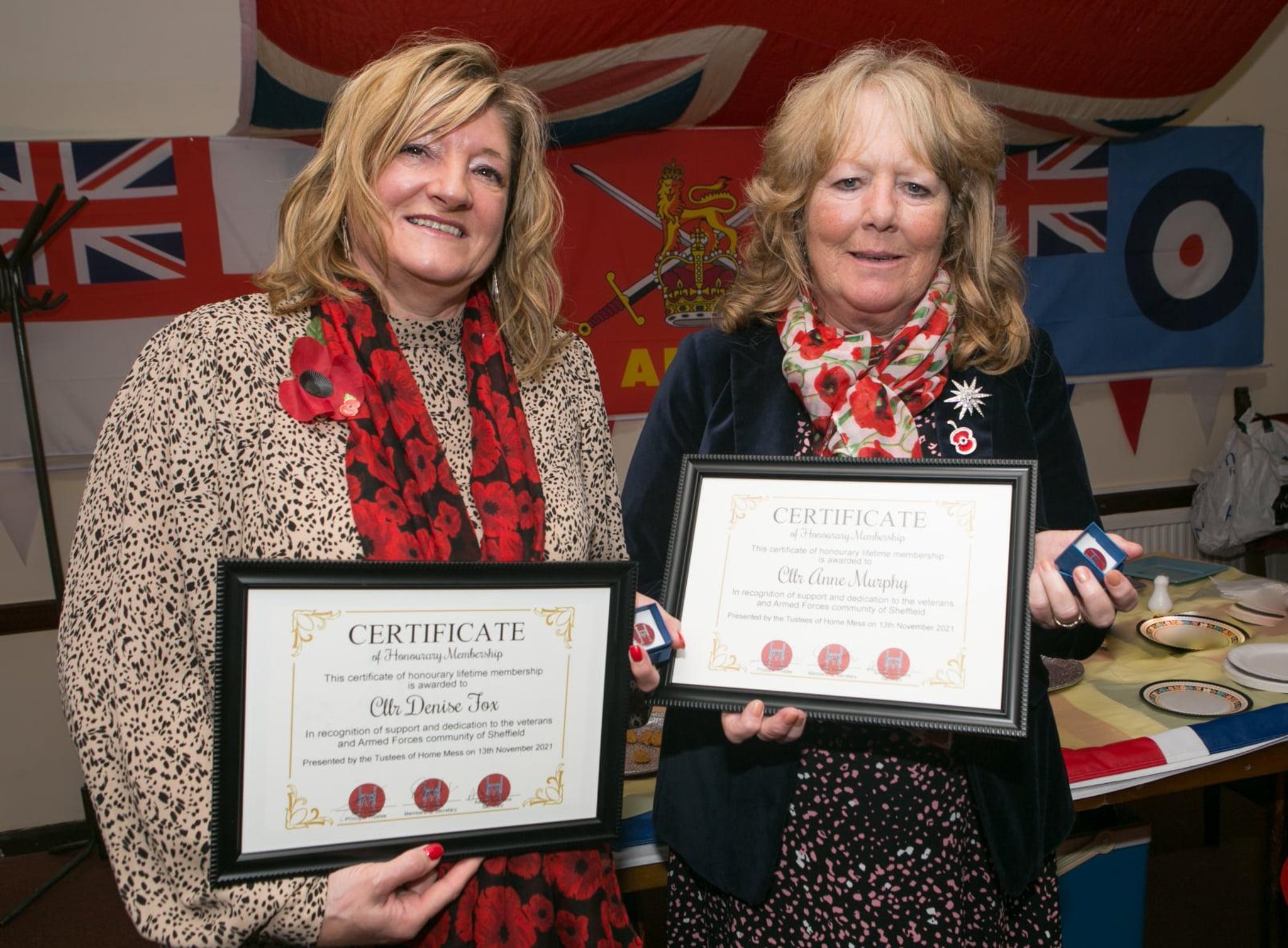 Home Mess, an armed forces charity based in Farm Road, Sheffield, held an open day on Saturday 13 November, with entertainment by a war singer performing songs from the era.

Anthony Cooper said: “We don’t just remember those who fell in the world wars and the conflicts that followed.

“We honor three former Lord Mayors as life members of the charity for their support of veterans’ interests.”

Register to our daily newsletter

Brian Lister, served in the REME

Former Sheffield mayors Anne Murphy and Denise Fox were able to receive their lifetime memberships to the Home Mess, which has been in existence for seven years to support veterans of the three services.

Councilor Fox said, “We are truly honored to receive this certificate today, acknowledging that we support them, and want to say thank you so much to everyone involved in awarding the certificate. »

Councilor Murphy said, “It’s a real honour. It is a privilege to sit with all of you this afternoon.

“It’s been a long time since we were able to get together because of the pandemic.

“Today is even more special because we haven’t seen all of you for two years now.

“It’s a memory. It’s very special to receive this award from you guys.

The other former Lord Mayor to be honored was Councilor Tony Downing, who was unable to attend.

Darren Webb, served in the Navy from 1977 to 2000, a veteran of the Falklands War
Anthony Cooper with Councilors Denise Fox and Anne Murphy.
Home Mess
armed forcessupport veterans
Share FacebookTwitterGoogle+ReddItWhatsAppPinterestEmail