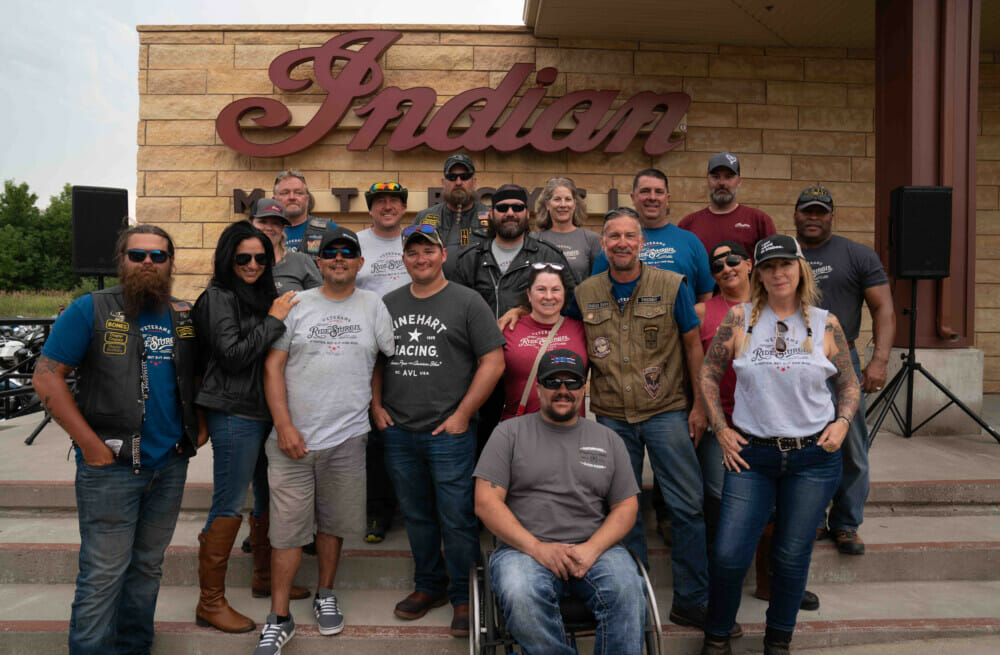 This year, the Veterans Charity Ride (VCR) program will host 10-12 new and returning veterans at three different events. The first is scheduled for June 10-19 from Moab, Utah to Durango, Colorado. The second will take place in Moab, August 20-30, and the third, October 10-18, will begin in Park City, Utah and end in Moab.

This is a press release from Indian Motorcycle…

The 2022 VCR program will introduce an entirely new program structure, as the organization will host 10-12 new and returning veterans at three different multi-day motorcycle therapy events. Many veterans in attendance are amputees, paraplegics, suffer from post-traumatic stress or other challenges that veterans face after leaving the military. Each new veteran will be matched with mentors who have previously completed MVR’s motor therapy program and will receive one-on-one support to ease their transition to civilian life.

“Over seven years, the growth and expansion of the Veterans Charity Ride has been an incredible feat. We are proud to say that we have touched the lives of over 150 veterans,” said Dave Frey, Founder of Veterans Charity Ride. “With a growing number of returning veterans still in need of VCR programming, we are excited to expand and host three multi-day motorcycle therapy events. In this new format, we will reach and support more veterans in a single year than ever before. All of this would not have been possible without the support of Indian Motorcycle and all of our loyal sponsors.

The first of three mototherapy events will be held in Moab, UT and Durango, CO starting in June 10-19. The second will take place in Moab, UT, August 20-30. The third event, organized October 10-18, will begin in Park City, UT and end in Moab, UT. Each event allows participating veterans to push towards conquering their post-war challenges while on the road. Along the journey, veterans will also perform team-building exercises, which will allow riders to share their experience of service during the emotional and detoxifying therapy event on a motorcycle.

“It has been a true honor to support a life-changing program like the Veterans Charity Ride,” said Aaron Jax, Vice President of Indian Motorcycle. “VCR’s growth is a testament to Dave and Sue Frey as they have made it their mission to positively impact the lives of the brave men and women who have sacrificed so much for our country.”

Veterans Charity Ride was created by veteran Army paratrooper Dave Frey and harnesses the therapeutic effects of motorcycling to create an unforgettable adventure for injured veterans and amputees adjusting to post-war life.