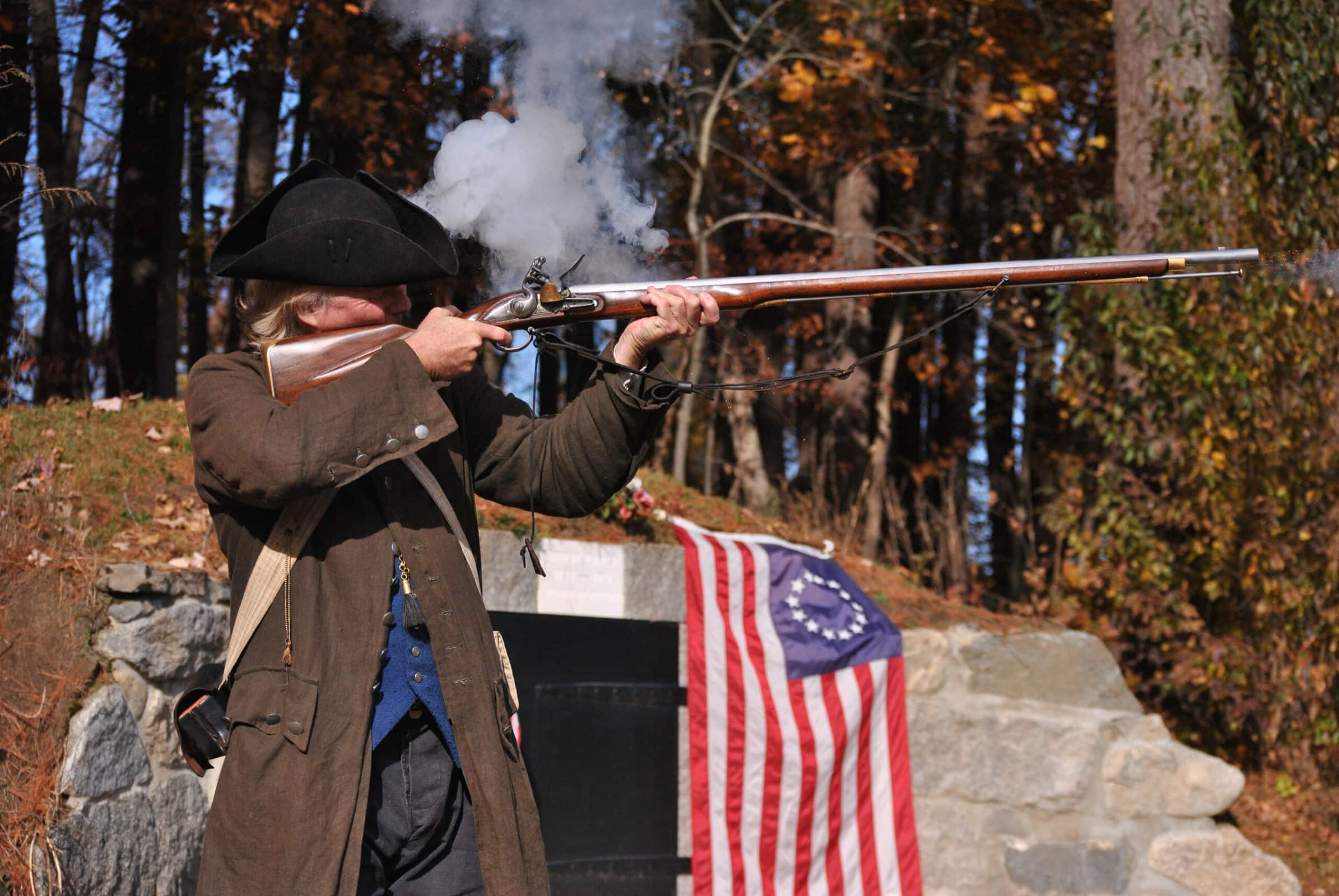 Tonner put an American flag on the front of Eames’ grave and reset an information sign near the toppled grave.

A member of the Sudbury Militia and Minute CompaniesTonner wore full colonial dress and fired a ceremonial single shot with his musket to honor Eames.

“[Eames] been [not only] a husband, a father and a patriot, but a city dweller, who lived it for real and gave us our freedom to live in a free society today,” Tonner said at that reburial ceremony in December 2019. .

Eames marched to Cambridge and participated in the siege of Boston after the battles of Lexington and Concord in 1775, according to several historical accounts by people including Matthew Sargent of the Marlborough Historical Society. Eames then served for several months in the Continental Army in 1777.

Well over 200 years after those days, however, Eames’ tomb had fallen into disrepair.

A massive effort finally restored the tomb in 2019.

Tonner marked major events like Veterans Day and Patriots Day with musket volleys at Eames’ Tomb, especially since the restoration of Eames’ Tomb was completed.

Although he came alone on Veterans Day, he said he was happy to still honor one of Marlborough’s revolutionary patriots.

Tribute to the Gold Star family

With a light puff of gunpowder still hanging in the air after his visit to Eames’ grave, Tonner reloaded his musket in his car and went on with his day.

A friend who operates a local business had noticed a gold star family license plate on an employee’s car, indicating that the employee had a loved one who died while on active duty in the US military , said Tonner.

This friend wanted to do something special for his employee on Veterans Day. So he invited Tonner to visit for another ceremonial musket volley.

“I would like to say that I have shot for the Gold Star plaque, and all the vets, those with us and those not, who have stepped up, since the Revolutionary War,” Tonner wrote in a post. text to the Community Advocate. Hours later.