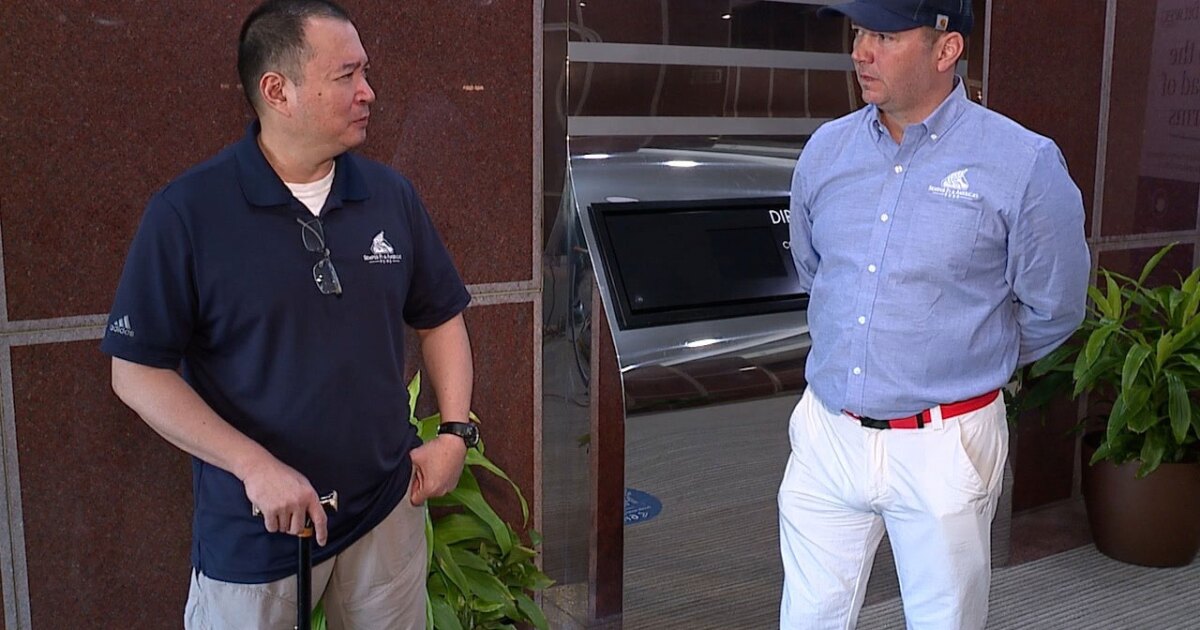 TAMPA, Fla. — Elmer Dinglasan is doing pretty well with two prosthetic legs these days, but it’s been a tough road.

The Navy veteran was seriously injured in 2006 while serving in Iraq.

He said Semper Fi and the charity American’s Fund for Veterans Affairs helped his recovery in many ways.

“They were there when I was injured. When I opened my eyes and to this day I still remember them,” Dinglasan said.

On Tuesday, this charity received $125,000 from the Florida Attorney General’s office.

That’s just a small portion of the money authorities said was collected by a fake Palm Harbor-based veterans’ charity.

The attorney general’s office said a nationwide investigation found Associated Community Services had made millions soliciting money for veterans’ causes, including the homeless and cancer patients.

They said the organization made almost a billion robocalls to get the money and then kept almost all of it.

“There are a lot of bad people there. Unfortunately, they exist. Especially taking money from the elderly in Florida. A lot of them,” Dinglasan said.

Authorities recovered some of the money through civil penalties.

But Attorney General Ashley Moody has said nothing about possible criminal charges against those involved. She said be careful who you donate to.

“Go to charity navigator.org or the Better Business Bureau and Give.org. Look to see if there have been any complaints against organizations,” Moody said.

Meanwhile, Elmer gives back to those who have helped him, working with other injured veterans at the James A. Haley Hospital for Veterans.

He said anyone who steals what was intended for injured veterans should be jailed.

Guest speaker urges veterans and community to be careful online