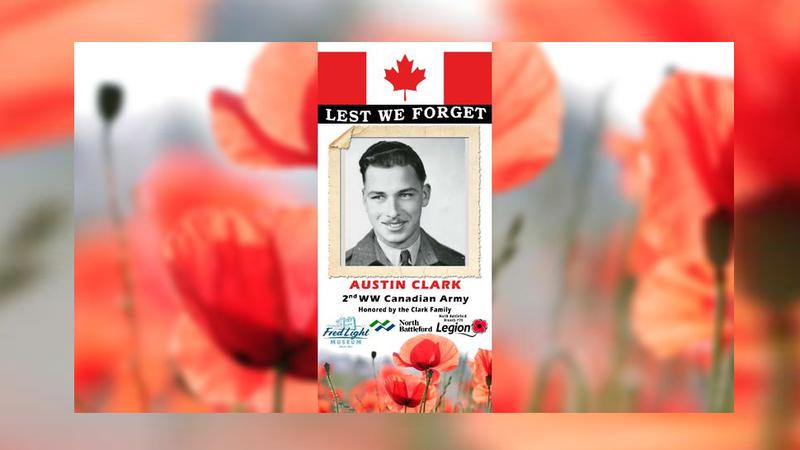 The Legion said banners for this year’s program will be selected on a first-come, first-served basis. Application forms are available at plugged.

“There is room to post 50 veterans only,” Clark said, adding that applications will be accepted for the program from March 1 through August 31.

The cost to sponsor a banner is $250 each for a five-year membership.

The banners will hang for a month, from mid-October to mid-November, along 100th Street, 11th to 13th Avenue.

The Legion’s only request to the city is permission to proceed with the project and help with hanging the banners.

Council approved the request for the banner program and for City Operations to hang and remove banners from streetlights as required.

Mayor David Gillan said Legion Branch #70 will be responsible for obtaining the necessary approvals and covering all costs associated with hanging the banners.

The city is “more than happy to put up the banners. It’s a wonderful program,” said city parks and recreation director Cheryl DeNeire.

She noted that there may be a need to discuss expanding the banner program in the future, as it can take the city 20-40 minutes to hang a banner, using the city’s bucket truck.

Com. Kelli Hawtin suggested hanging the banners at the same time as the city’s Christmas decorations are put up on the lampposts, to be more effective.

“It might not be that long to think about 20 minutes of a banner if we do it at the same time as the Christmas decorations,” she said.

Com. Greg Lightfoot offered to see if other organizations could help install the banners in the future, as an option if it takes too long for the city.

He added that the veterans banners are “a great program.”

“I really support it. I would like to see as many banners as possible,” Lightfoot said.

The Poplar Club of Accrington will hold a fundraiser for veterans