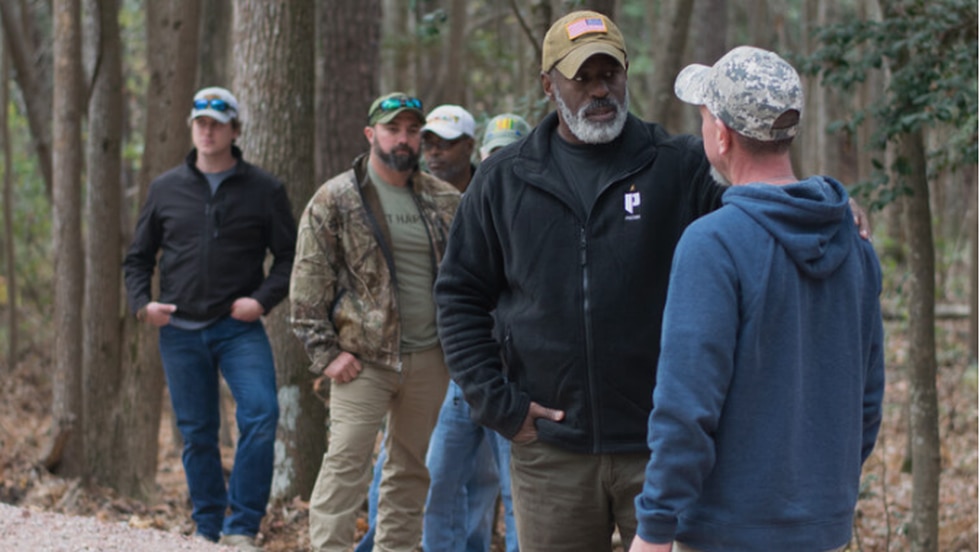 It’s only in eight other states in the country.

The Warrior PATHH program is the latest to be launched at the Big Red Barn Retreat in Blythewood, a place of peace and healing for veterans which opened in 2014. Through horse-assisted psychotherapy, yoga and tai chai, and other healing sessions, veterans are able to find non-clinical healing.

The Big Red Barn Retreat welcomed its first group of veterans into the Warrior PATHH program a few weeks ago. Program participants came to the facility for an intensive seven-day retreat followed by an 18-month program.

“This program allows the individual to recognize that there is nothing wrong with me – it just happened,” Christian said.

Christian served in the military as a command sergeant major for 33 years, retiring in 2018. As a graduate of the program himself, he said he understands the struggle veterans face. confronted.

“I thought I could spend this time enjoying my retirement,” Christian said. “About a month after retirement, I have four children, one of my children took his own life and killed himself.”

He said he had trained other servicemen for decades on how to handle the loss, but was struggling to cope.

“As far as my own family, what I haven’t been able to do is help the rest of my family through this grieving process,” Christian said. “So I started doing what I call ‘being in the zone’.”

Christian said when he entered the area, his friends and family felt like he was in solitude, but he said in reality he was retreating into seclusion.

He said that as he struggled with the loss, he felt like he had lost his direction. He said the Warrior PATHH program helped him recognize and overcome these struggles.

“I realized once again that I had a purpose and that I could find a way to take care of myself,” Christian said.

Sutton Shaw, the volunteer director of the Big Red Barn, said the program is the eighth of its kind in the country.

“It was the perfect program, and when I saw this program exist in Virginia and Arizona, I thought to myself, we have to have this in South Carolina,” Shaw said. “I mean we have 425,000 veterans.”

Shaw said the measurable impact of the program is changing.

“PTSD symptoms are reduced by 56%, their personal relationships are improved by more than 40%,” Shaw said of data collected from other sites in the Warrior PATHH program.

“When you start realizing that post-traumatic growth, you start to recognize that you can have deeper relationships,” Christian said.

Christian is now helping other veterans find that growth and purpose.

The Big Red Barn hosts a Warrior PATHH Retreat once a month, alternating between groups of male and female veterans.

Big Red Barn Retreat manager Sutton Shaw says the annual cost to support the Warrior PATHH program is between $600,000 and $800,000.

For more information on how to donate or volunteer for the Big Red Barn Retreat, click or tap here.

Ex-army officer who stole $1.4m from his veterans charity gets 3 years in prison