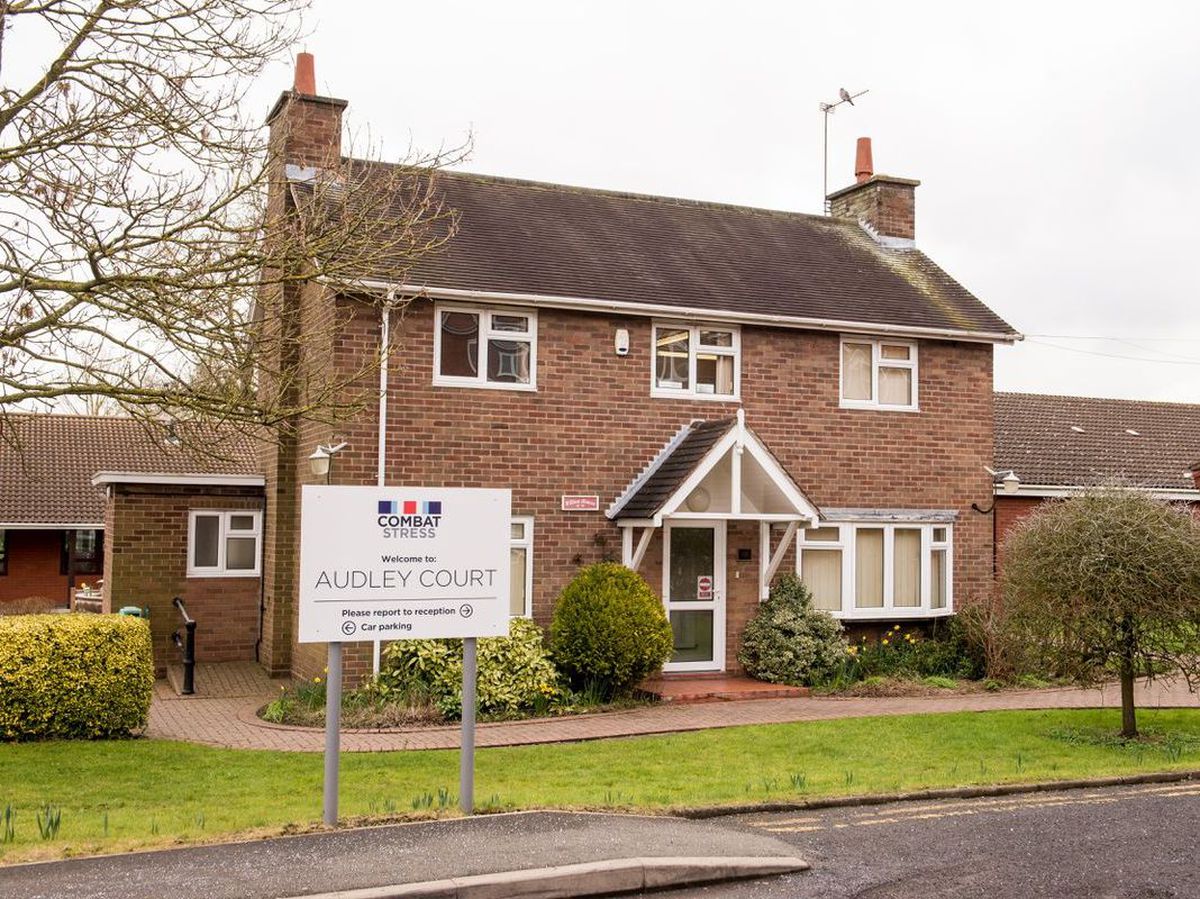 Newport base of veterans charity Combat Stress put up for sale

The charity said the premises at Audley Court were no longer suitable for its service and it was working with veterans to find a more profitable location in the central region of the country.

Combat Stress acting chief executive Jeff Harrison added that the move would not affect the number of people receiving support in the Shropshire and Telford & Wrekin areas.

Scheduled to go on sale on Monday, the site is expected to receive offers in the range of £1.5-2million.

It will still be operational until the move is complete, having also been used as a vaccination center throughout the pandemic.

It comes after the charity stopped offering residential treatment at the facility in 2017, before announcing plans to sell it last year.

Mr Harrison said the ‘ideal’ location to move would be somewhere between Birmingham, Coventry and Leicester.

“We try to make all of our locations as accessible as possible and this new location would cover all of the Midlands,” he said.

“We’re not looking to buy, we’re looking to let. This is a significant change for the charity as Audley Court was a large property which meant it was inflexible in terms of funding.

“We’re actively looking now, so if we find something we’d be moving in relatively short order – that means months rather than weeks.”

Throughout the pandemic, the charity has focused on increasing its digital services and has implemented online and telephone therapy.

Self-help guides published by the charity in November have been viewed more than 4,000 times.

Mr Harrison said: “There will always be people who need to see someone and we will be piloting in-person treatments again in August and starting them in September. This will include Audley Court until we find a more appropriate place.”

Due to funding cuts, Combat Stress ceased offering residential treatment in Newport in 2017 in order to continue service in Scotland and the South of England. This left much of Audley Court redundant.

“At one point we had 28 bedrooms plus all the unused treatment rooms, it was just too big,” Mr Harrison said.

Nationally, Combat Stress has seen its referrals drop from 2,000 pre-Covid to 1,500, although the charity has shifted its focus to caring for veterans with the most complex mental health conditions. which require further care.