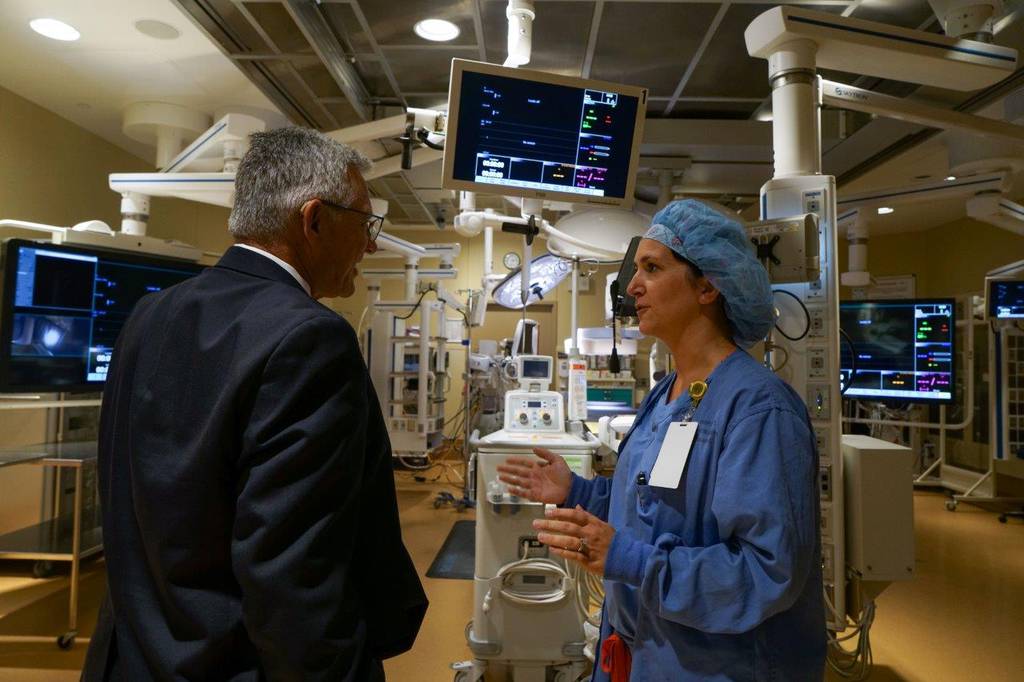 No deadline for new community care rules for veterans, despite concerns from advocates

The veterans’ “choice” happens in 10 weeks, unless the critics find a way to stop it.

This week, Veterans Affairs Secretary Robert Wilkie expressed confidence that new standards of community care expanding veterans’ access to private sector physicians will be in place on schedule in June, whatever whatever the lingering concerns about the changes.

“The statute is very clear, the timelines are very clear,” he told reporters after a Senate Veterans Affairs Committee hearing on Tuesday. “The regulations are in place. I can’t see them changing unless Congress steps in by June 6. »

But Congress can try that. Democratic lawmakers have expressed many concerns about the expansion of outpatient care that they say are still unanswered: how much will it cost; how will this affect other VA health care reforms; what standards doctors in the private sector will have to meet; and whether it all amounts to stealth privatization of the department.

House Veterans Affairs Committee Chairman Mark Takano, D-California, said he would find ways to stop those changes if his questions were not answered quickly.

“I’d rather make sure we get the VA to do the right thing than meet that deadline,” he said Thursday.

Changes to the VA Mission Act — often referred to as a “choice” by President Donald Trump, even though a separate VA program by that name already exists — represent a significant increase in the number of veterans who can receive industry health care. private with taxpayers. funds.

Posted in the Federal Register last month, the measures could triple the number of veterans eligible for care, expanding it to nearly a third of the former military population.

Veterans who live more than 30 minutes from a Veterans Affairs medical clinic or who have to wait more than 20 days for most health care appointments would qualify for expanded community care programs. Wilkie and VA officials argue that these standards are consistent with military and private sector healthcare standards

The updated standards would replace the 40-mile, 30-day guidelines currently in place for most veterans. For specialized care, veterans would have a standard wait of 60 minutes by car or 28 days.

About a third of all VA medical appointments are currently handled outside of the department’s healthcare system, a figure that has remained stable in recent years.

And VA officials have insisted they don’t expect a significant increase in the number of veterans seeking care outside of the traditional VA health care system. They argue the new rules give veterans the flexibility to choose the best health care options for their situation, but assume many will still stick with the VA care they already use.

“Care in the private sector, nine times out of 10, is probably not as good as care in the VA,” Wilkie told the committee.

But opponents say the department’s projections are flawed and question their estimates that the movements won’t ultimately draw funding from other VA priorities. When Wilkie noted this week that the department needs $60 billion for nationwide facility improvements in the coming years, Senate Democrats questioned why that money was not included in the plans. President’s budget.

“You said no to privatization, and your staff said that too,” Sen. Jon Tester, D-Mont., told Wilkie during a Senate Veterans Affairs Committee hearing on Tuesday. “Everything I hear and everything I see says something different.”

This week, 55 lawmakers (not Republicans) sent a seven-page letter to VA officials detailing their concerns about how the new rules were crafted and their potential impact.

“We are very concerned that his proposal will ultimately degrade the Veterans Health Administration for veterans who prefer and rely on its health services to lead more meaningful and healthier lives,” they wrote. writing. “We are concerned that this proposed rule is the first step towards dismantling the system.”

Wilkie pushed back on that criticism, noting that the president’s VA budget proposal calls for another big jump in spending next year. “It’s not justified by our budget.”

Veterans’ groups also expressed concerns about the details and urged VA officials not to move too quickly with the changes.

Veterans of Foreign Wars officials said the department still needs to refine its quality standards for outside care and communicate the benefits of VA care to veterans. American Veterans with Disabilities called this week to “remove the current proposed rule and quickly replace it with a new proposed rule based on more realistic, achievable and sustainable access and quality standards.”

“If automated entities spam the public comment process, it not only wastes taxpayers’ money in the form of hours spent sifting through bot-generated posts, but it also threatens to drown out the voices of real elders. veterans, veterans service organizations and other advocates,” she wrote.

Even with these concerns, it’s unclear if these opponents have leverage to stop the new rules.

The House and Senate Veterans Affairs Committees have hearings scheduled for early next month to consider the issue, but under current law the new regulations must be in place in June. Republican lawmakers have offered questions and potential improvements, but so far have not seemed interested in massive delays in the process.

“Based on some comments from some of my colleagues, it’s almost like we’re giving some of our veterans too much choice,” Sen. Thom Tillis, RN.C., said in response to Democrats’ concerns about changes in the law on the mission.

Wilkie said not moving forward with the new rules “would no longer be a veteran-centric, patient-centric approach to health care.” He said he will work in the coming weeks to further explain the changes, but isn’t looking for any reason to slow them down.

Leo covers Congress, Veterans Affairs and the White House for Military Times. He has covered Washington, DC since 2004, focusing on military personnel and veterans policies. His work has earned him numerous accolades, including a 2009 Polk Award, a 2010 National Headliner Award, the IAVA Leadership in Journalism Award, and the VFW News Media Award.