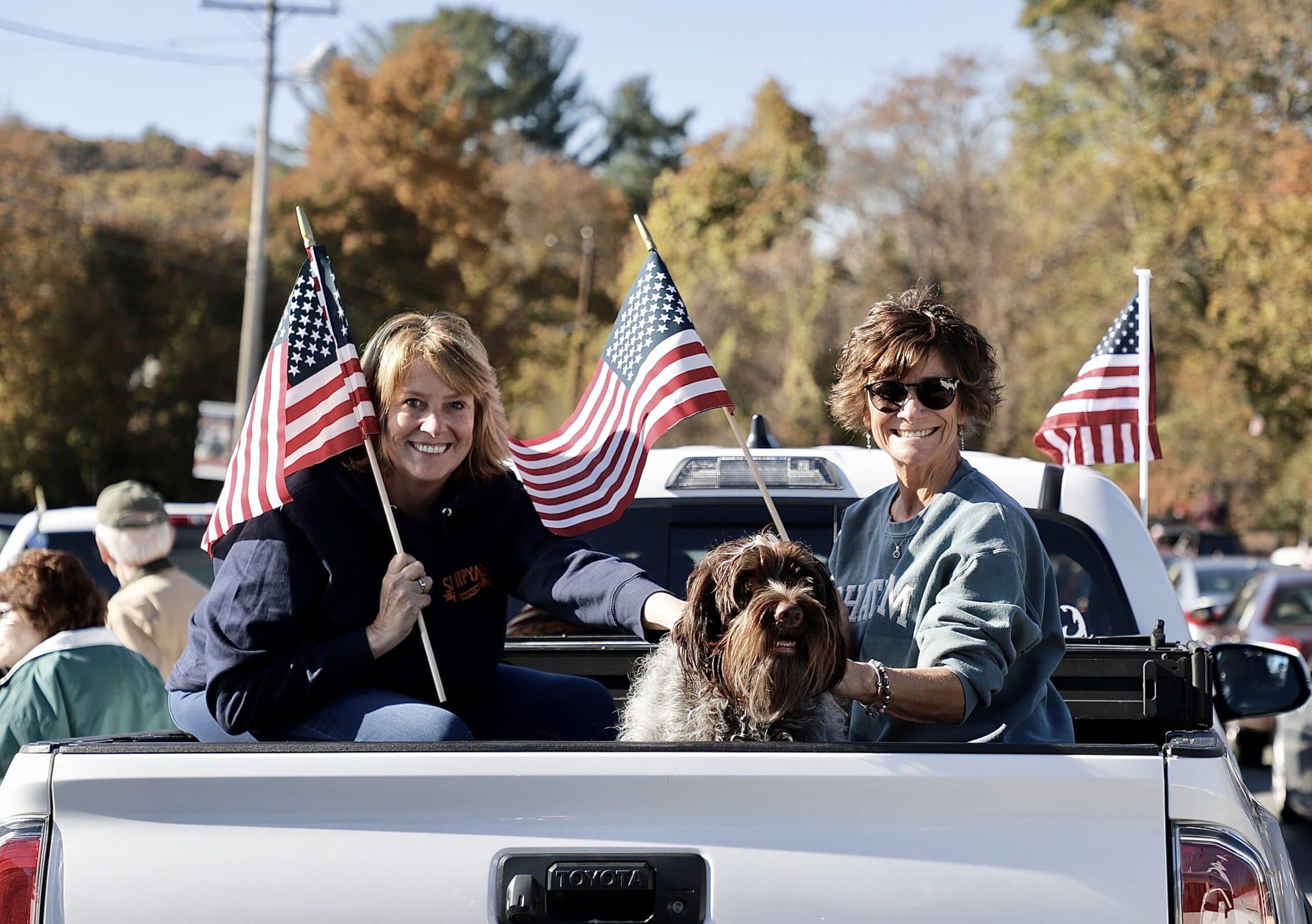 NORTHBOROUGH – Members of the Northborough community gathered for the Rolling Hometown Heroes Parade on November 7, waving flags as the parade rolled down Main Street.

The parade was organized by Boros Cares 4 Troops (BC4T).

This is the second year the organization has hosted such an event, according to BC4T founder Michelle Gillespie.

“It was nice to allow veterans to see each other from a distance,” she said of last year’s parade.

Northborough hung around 100 of its own banners last year. This year there are approximately 136 banners, including those honoring Civil War veterans.

In Northborough, the banners are displayed throughout October and November.

BC4T delivered care packages to veterans during the pandemic, realizing through the process how many veterans lived in the area.

So they decided to hold a rolling parade down Main Street, where the banners lined the streets. Some of the participants were the veterans themselves, while others were their family members.

The residents came out and waved the veterans through.

When speaking with the Community Advocate ahead of this year’s parade, Gillespie estimated between 75 and 100 cars could participate in the parade.

The parade started at the American Legion and ended at the Northborough baseball fields on East Main Street.

According to the organization’s website, the program is open to Northborough veterans — both natives and new residents of the city — who have served in active military, naval or air service and have been discharged or discharged into conditions other than dishonorable.

People can still request banners for loved ones by visiting the BC4T website at http://www.bc4t.org/hometown-heroes.html.