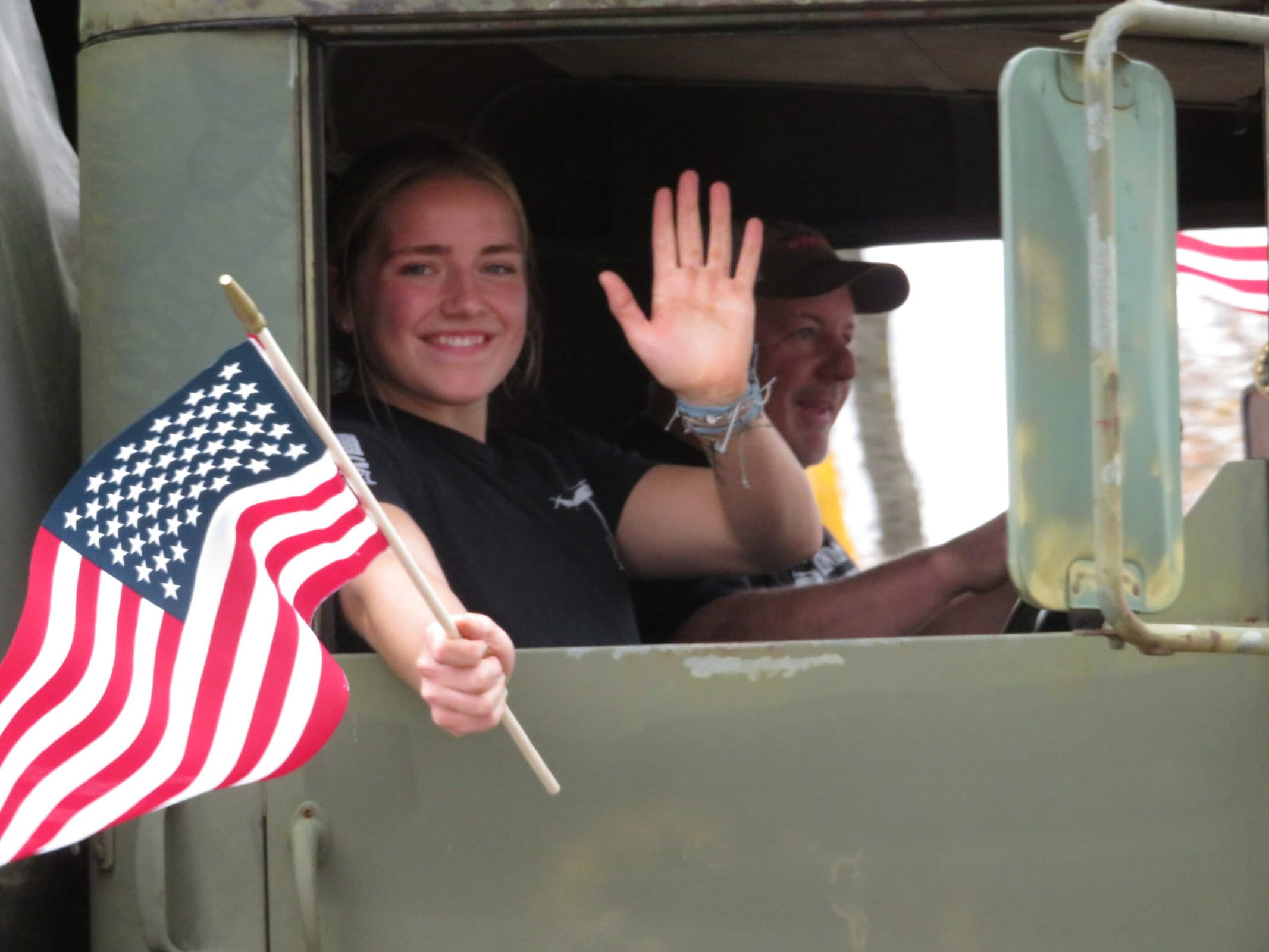 NORTHBOROUGH — The city saluted its “hometown heroes” with a rally rolling down Main Street on Nov. 6.

Among the attendees was Donald Tibbets, who is a World War II veteran. He rode in a red Ford Mustang.

Along Main Street, 150 Hometown Hero banners were displayed. The heroes ranged from veterans who served in the Civil War to Iraq/Afghanistan. Some of the banners showed which veterans had earned the Purple Heart.

The parade is sponsored by Boros Cares 4 Troops, a local organization that creates care packages for deployed troops.

In the past, BC4T founder Michelle Gillespie said she and Leslie Arsenault started the Hometown Heroes program after seeing banners dedicated to veterans in Bolton.

Among other programs, the organization sponsors the annual Applefest 5K Road Race, and it assembles and distributes care packages to veterans in need.

It was one of the first local events before Veterans Day, which also included lunch at the Northborough Senior Center.