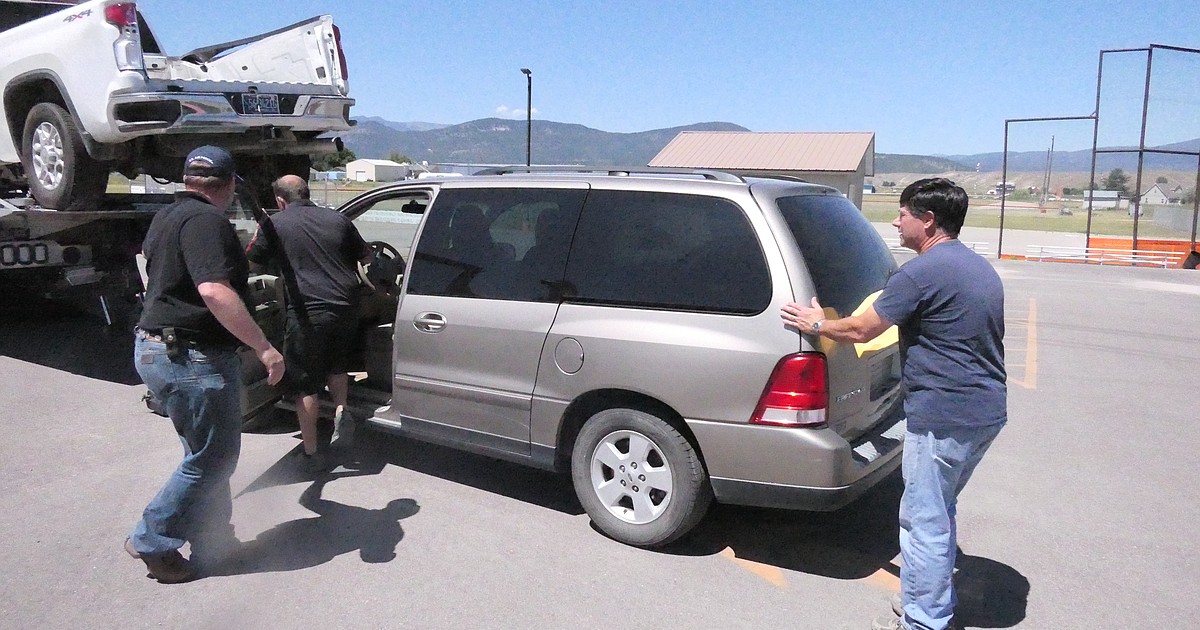 For the longtime Plains Public Schools servant, it was one last inglorious ride through the campus parking lot.

It was just time to leave.

But far from being a sad occasion, this departure of the school mini-van was expected, with a bright possible future.

The ‘workhorse’ in the spotlight on a hot, sunny day last week was a 2004 Ford Freestyle minivan that was donated to the Vehicles for Veterans program and towed by a large auto transporter along with other vehicles on their way to help the VforV program and the thousands of veterans it strives to help.

“The van was no longer in working order, but we wanted to find an organization that could do something good with it,” Plains Schools Superintendent Thom Chisholm said. “Vehicles for Veterans was an easy choice.

The veterans support organization collects used, even unserviceable cars and trucks from across the state and much of the country. Volunteers then work to put the vehicles back into operation for resale or, if necessary, disassemble them for parts.

Either way, proceeds from sales are used to help support a wide range of veterans’ aid causes, such as the Volunteer Foundation for Veterans, which provides emergency financial assistance to veterans and active military personnel. The goal of this program is to help struggling veterans and their families achieve and maintain “long-term” stability and self-reliance.

Other recipients of funds from the sale include Camp Brown Bear, which provides physical and emotional support to veterans in a wilderness setting. Other funds go to Veterans 360 and My Pink Hat causes, which work to support and eventually eliminate the stigma associated with post-combat stress.

“These guys are using the funds to help a lot of people,” Chisholm said. “We were happy they could pick up the van and hope they can get the most out of it”

Chisholm said the van, which had been used to transport students and staff to various events and for other school-related uses, had a malfunctioning transmission. Otherwise, the bodywork and aesthetic features of the vehicle were still in good condition. By the time it was towed, the van had racked up over 105,000 miles. But instead of spending district funds to put it back on the road, the decision was made to replace it and donate the van to the veterans group.

“I hope the van will be repaired and sold and the money it will bring will be put to good use in helping our veterans,” Chisholm said.