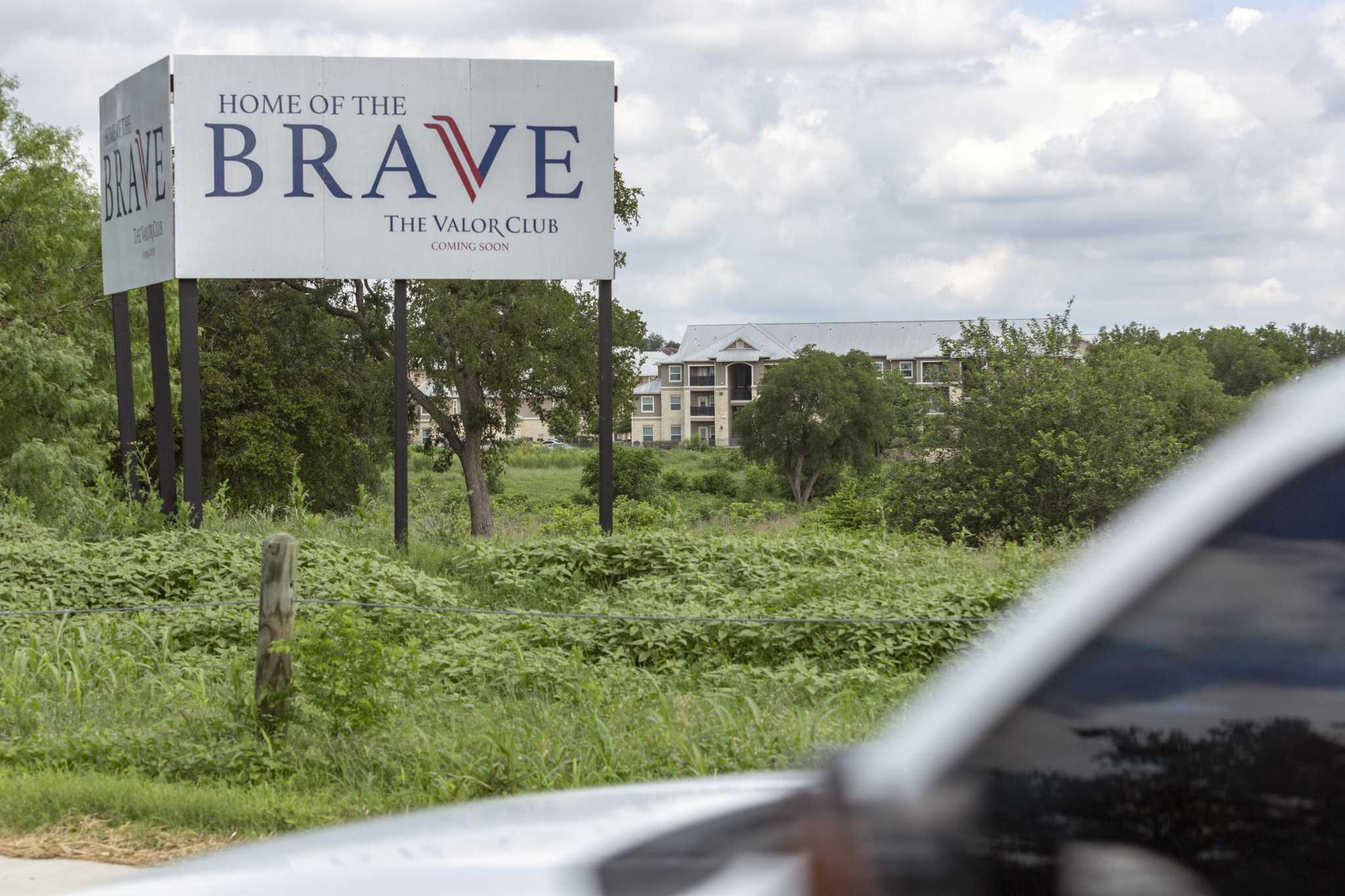 In 2012, the operators of the Pecan Valley Golf Club closed the course on the southeast side and announced plans to turn it into a “work, live, play” community for veterans. They nicknamed it the Valor Club.

In the years that followed, the direction of the project changed, the master plan was modified and an apartment complex originally linked to it was abandoned. Today, the land is still vacant and the course overgrown, but the projects for the first residences are progressing. Building the community will take years.

“This is such a huge project in size, scope and impact that it takes a while to really get it moving,” said attorney James Griffin, who represents Valor Club Partners LLC, the ownership group. “But it’s closer now than it’s ever been.”

On ExpressNews.com: Progress on Pecan Valley expected after long wait

Foresight Golf President Dan Pedrotti Jr., who came up with the idea, and local developer Mike Hogan are no longer involved. Pedrotti started a non-profit organization for development but struggled to secure funding and Deutch’s company took over.

And Masters Ranch – an apartment complex built by Hogan at 3435 E. Southcross Blvd. through a partnership with the San Antonio Housing Trust Public Facility Corp. – is no longer affiliated with the Valor Club.

Plans for the project still call for over 1,400 residential units, on-site support services, a golf course and recreational facilities on over 200 acres.

A small food market and trails connecting to the Salado Creek Greenway System are in the works, and a hotel and amphitheater may be built later, Deutch said. But these are not immediate priorities.

On ExpressNews.com: Planned veteran community on southeast side raises concerns

A retirement home and a Paralympic training center are no longer part of the construction program, at least in the short term.

Providing housing, educational and vocational services and wellness facilities to help transitioning military members, veterans and their families adjust to civilian life is the primary goal, said Michael McDowell, CEO of Valor Club Partners and a US Marine Corps. veteran. He wrote his doctoral thesis on the model of the Valor Club.

McDowell pursues partnerships with government agencies, businesses and educational entities. Integrating retail and other businesses is also a consideration.

The goal is for the residences — which will include single-family homes — to be occupied primarily by veterans and their families, Deutch said. Alongside its residents, the development’s facilities could also be used by neighbors and schools.

“We hope that our project will become an integral part of the whole community,” he said.

Development could cost between $250 million and $300 million – a figure McDowell calls a “rough estimate”. Training will be tailored to individual residents, who will be assessed as they complete the programs and after graduation.

But all this depends on the evolution of residential development.

“The linchpin is the housing piece,” McDowell said.

Valor Club Partners is seeking to partner with the housing trust to build 324 apartments on approximately 20 vacant acres south of Southcross Boulevard.

The non-profit trust’s involvement means that the resort, along with Masters Ranch, would receive a full property tax exemption in exchange for providing units to low-income residents. It would also relieve developers of sales taxes on construction purchases.

One- to four-bedroom units would be aimed at residents earning 40-70% of the area’s median income, with projected rents ranging from $474 to $1,384 per month depending on apartment size and level of comfort. income.

More than half of the apartments would be three- and four-bedroom units, which are in high demand by families with children, Pete Alanis, the trust’s executive director, told council members at a meeting last month. About 227 units would be eligible for residents with Section 8 vouchers.

The $56.8 million complex would benefit from tax credits. The business partners are seeking up to $50 million in tax-exempt tax bonds issued by an arm of the housing trust, which has yet to approve the deal.

A covenant that the golf course must be built before any multi-family development, which stemmed from the land’s rezoning process, was changed to not apply to the southern portion of the property, Griffin said.

Valor Club operators provided letters of support for the project from the Alamo College District, East Central Independent School District, and Steven A. Cohen Military Family Clinic and Welfare Center veterans at Endeavours, among others.

When Foresight Golf announced in early 2012 that it was closing the deteriorating golf club – once a historic stop on the PGA Tour – it shocked neighbors.

The Pecan Valley course was designed in the early 1960s. It hosted the PGA Championship in 1968 and the Texas Open in 1967, 1968 and 1970. It was chosen for the United States Golf’s US Amateur Public Links Championship Fellowship in 2001.

Former Councilor Ozuna initially lobbied for a rezoning of the entire property to maintain its use as a golf course and raised concerns over the redevelopment worsening flooding in the area. She later reached a compromise with Foresight, which agreed to zone down some of the property and restrictions on the density and uses of the property.

But area residents wanted the entire 180-acre course preserved and expressed concerns about flooding and the construction of new housing projects.

After a heated debate, the city council gave the go-ahead in 2012 to rezon the course to preserve nine holes for use by disabled veterans and approximately 100 acres of green space. The partial preservation cost Ozuna support in the District 3 elections, with Rebecca Viagran winning the seat.

In 2018, council members approved an application to rezone the site as a mixed-use neighborhood to allow for multiple uses.

Now the owners and plans are new, and neighbors are thrilled the project leaders met with them and were receptive to their feedback, said Toni Moorhouse, interim president of the Pecan Valley Neighborhood Association.

“They don’t want to just come into the neighborhood and say, ‘This is what we’re going to do,'” she said. “They’re asking for ideas…and I can’t say enough how refreshing that has been.”

Facilities and pathways for residents and neighbors are also attractive.

“Everyone is comfortable with the plans that have been presented,” Moorhouse said. “It will be a development that will be suitable for the region.”