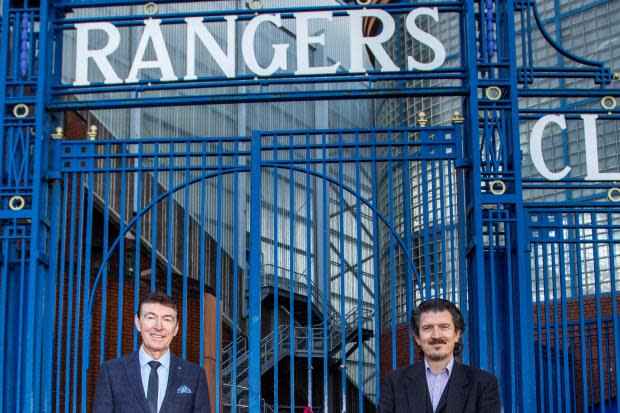 A RANGERS legend encourages fans to donate to veterans’ charity during this weekend’s game against Hearts.

Former striker Gordon Smith is supporting the Erskine Veterans charity which will have volunteers at Ibrox this Sunday to raise funds.

Gordon has been chairman of the Rangers Supporters Erskine Appeal (RSEA) since last year.

He said: “Rangers fans have continued to show incredible generosity to our Armed Forces heroes since Erskine’s conception in 1916.

“I am delighted that the incredible work they are doing for veterans in Scotland is being recognized by this special event at Ibrox on Sunday, and I am honored to support our Erskine veterans in any way I can – now and in the years to come. to come.”

The funds will help nearly 1,000 former servicemen, women and their families receive support through the charity’s network of four care homes and the Veterans’ Village.

The village is made up of 44 cabins, the Erskine Reid Macewen Activity Centre, five assisted living apartments and 24 transitional housing apartments.

Since it was launched by Rangers fan Tom Clark in 2007, the RSEA fundraiser has already raised over £1million for Erskine.

These funds contributed to a Sporting Memories room, a Reminiscence room, a Namaste room and a Bridge Activities room.

Fan efforts have also resulted in the purchase of lifting aids and an assisted bath in the Erskine house, as well as renovations to the physiotherapy department, weekly aromatherapy sessions, the garden and the centennial trail, the Playlist for Life music project, weekly therapy session music and a hybrid vehicle.

“We are hugely grateful to Rangers for allowing us to fundraise on the day and any money raised will give a massive boost to veterans in Scotland.”