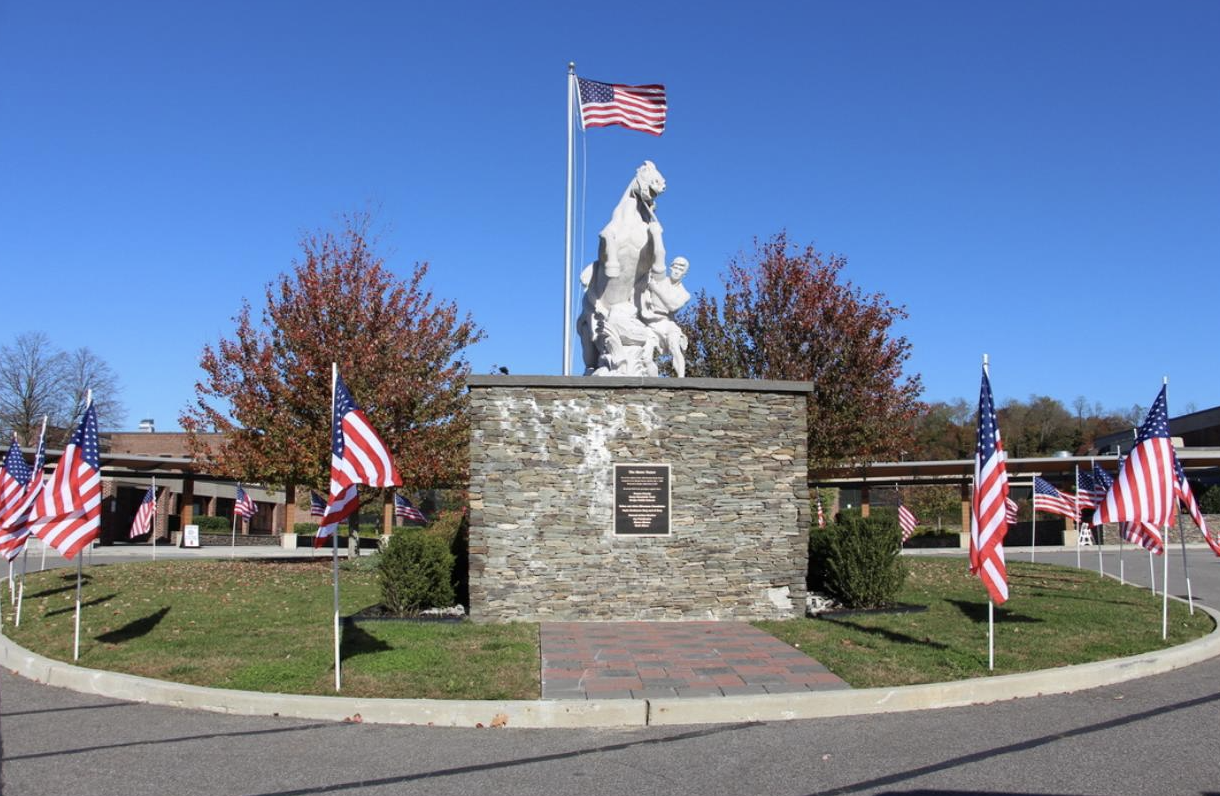 There was a sea of ​​American flags and students in red, white and blue across the Roslyn School District on Nov. 10 in honor of Veterans Day.

Patriotic music, performed by the Roslyn High School Color Guard, kicked off a school-wide assembly inside the Harbor Hill Elementary School gymnasium, where nearly a dozen veterans locals were there to hear the choir sing songs in honor of America.

Students, faculty and staff, along with Principal Sherry Ma, Vice-Principal Jennifer Sheehan, Assistant Superintendent Karina Baez, Superintendent Allison Brown and Roslyn School Board President Meryl Waxman Ben-Levy, gathered around from the flagpole at the main entrance to hear the children sing patriotic songs and listen to a performance of Taps by Trevor Schaper, East Hills parent and professional trumpeter.

Students at Roslyn Middle School began their day by reciting the Pledge of Allegiance, observing a moment of silence, and listening to “America, the Beautiful” over the loudspeaker.

Roslyn High School commemorated service in the U.S. Armed Forces by holding a schoolwide moment of silence after listening to a poignant and meaningful depiction of Veterans Day during morning announcements, followed by a moving recitation of Taps by a high school musician.