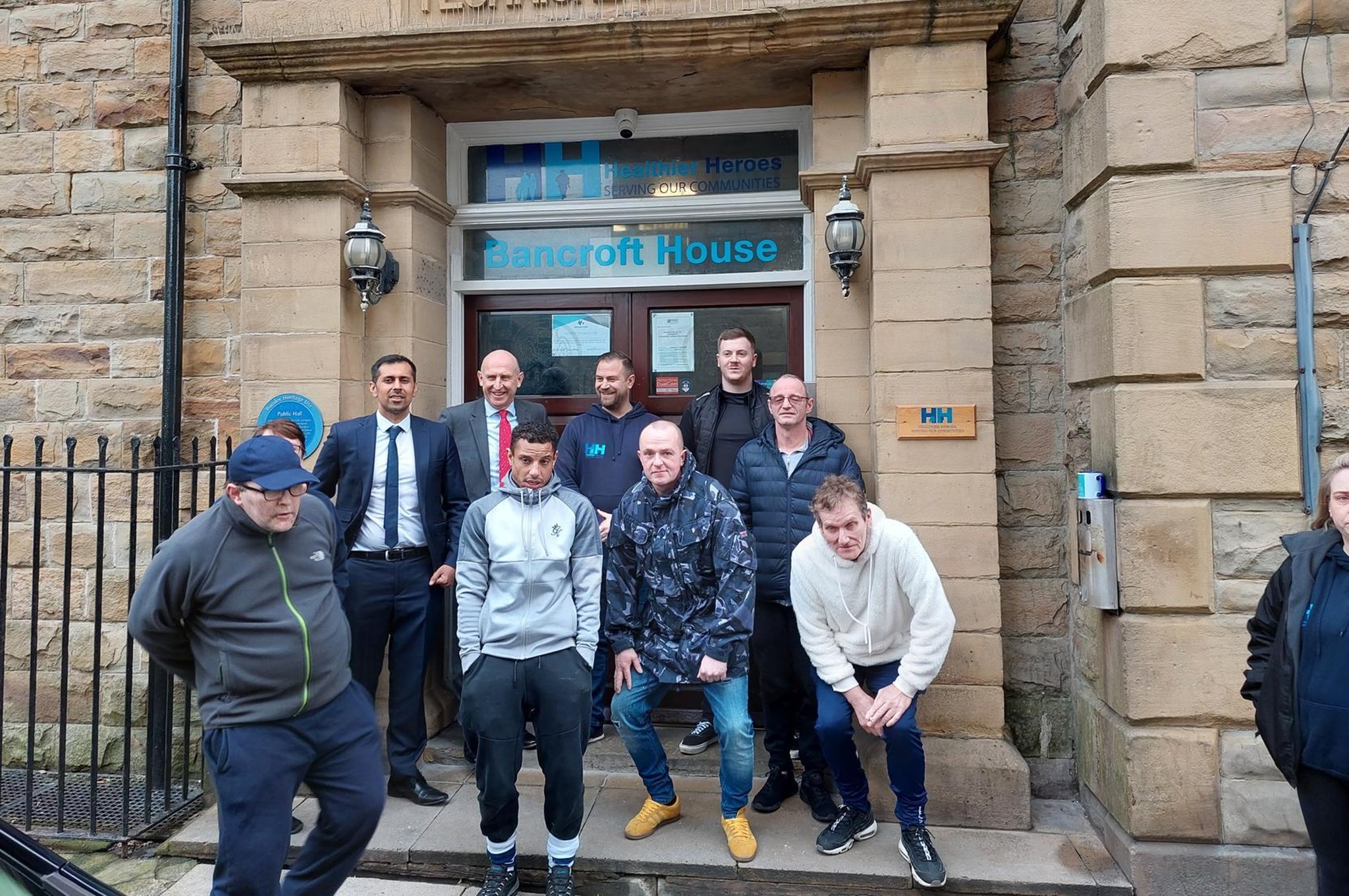 The couple were introduced to the center by Chief Executive and Army veteran Andrew Powell, met the charity’s staff and volunteers and spoke with veterans currently housed and supported by Healthier Heroes .

The charity, which opened in 2018, houses and supports ex-servicemen in Burnley and surrounding towns.

As part of the visit, Mr. Healey and Coun. Anwar heard from veterans supported by the charity about the challenges they faced transitioning to civilian life after leaving the armed forces, such as drug and alcohol issues, involvement in the criminal justice system and the breakdown of relationships.

Mr Healey said: “Labour is deeply proud of our armed forces and our veterans for the work they have done, and continue to do, in defending and protecting the country.

“Most veterans leave the Forces highly skilled and equipped for civilian life, but it is our moral duty to ensure that those who need help receive adequate support. Healthier Heroes is a great model of this support for the rest of the country.

“Labour will also continue to push for the Armed Forces Covenant to be fully incorporated into law so that the interests of the communities of the forces are protected.”

The senior politician went on to explain how Labor led the arguments, backed by charities such as the Royal British Legion, in Parliament on the Armed Forces Bill to ensure central government is accountable for the implementation of the Armed Forces Pact. The Covenant is a pledge by the nation to ensure that those who serve or have served in the armed forces, and their families, are treated fairly.

The new Armed Forces Act 2021 obliges local governments and other local public bodies to “pay due regard” to the Covenant, but exempts the central government from it. Labor backed cross-party amendments to address the issue, but the government forced Tory MPs to reject them, including Burnley MP Antony Higginbotham.

According to census data, over 2.44% (1,359 veterans) of Burnley’s working-age population are veterans. This is a higher proportion of working age veterans than in the North West region.

Healthier Heroes chief executive Andrew Powell said: “The staff and residents of Healthier Heroes were pleased to welcome MP John Healy and Council Leader Afrasiab Anwar to Bancroft House on Friday. The visit went very well as he now appreciates the importance and need for the service that Healthier Heroes provides to veterans and their families across Lancashire.

“Residents spoke about their journey so far and the help and support they have been given, which will help them reintegrate back into their communities knowing they have continued to receive support. closeness from the staff.”

Vail Veterans Program back on the snow with vets and families