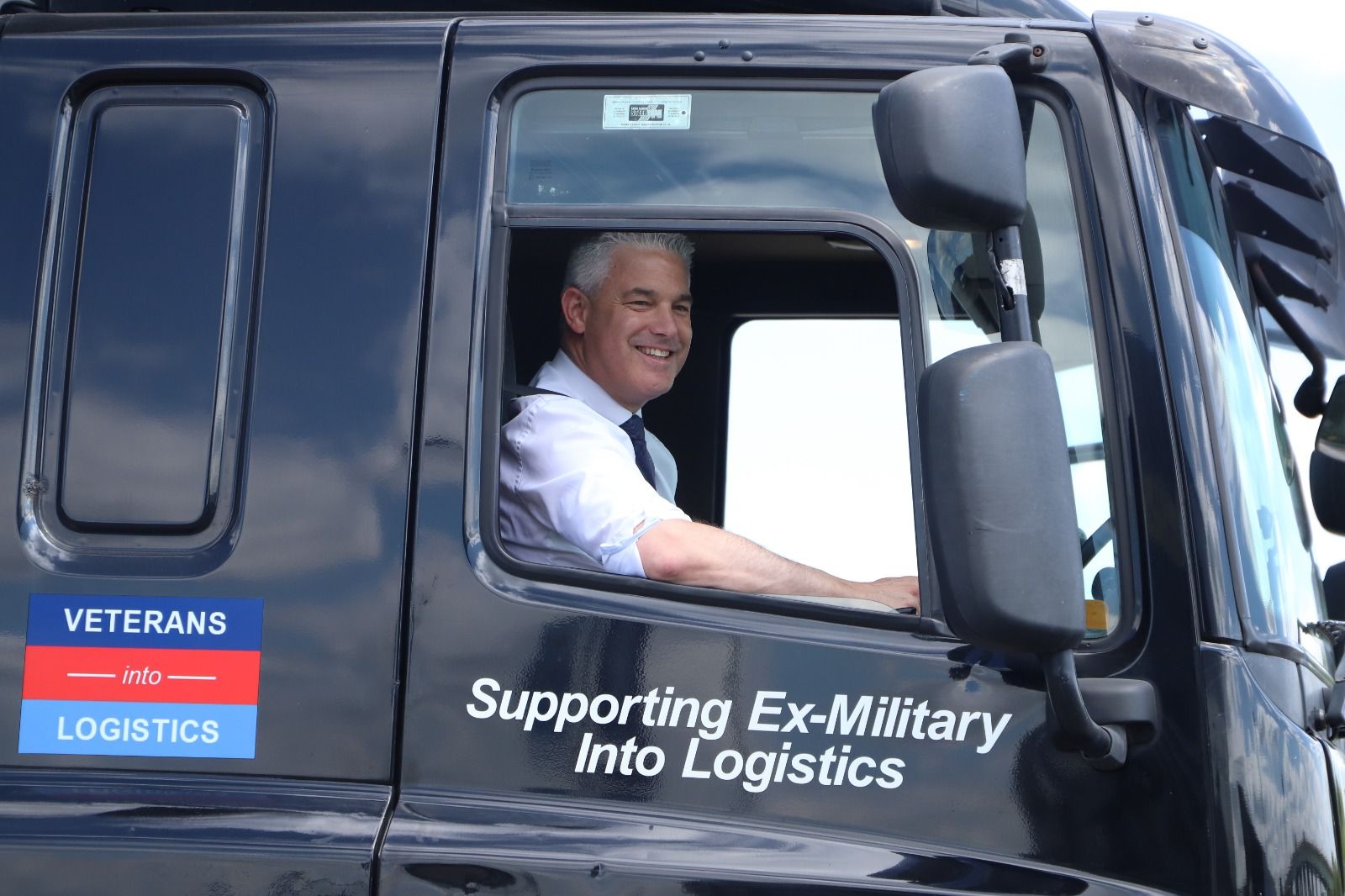 A charity that trains ex-servicemen to become lorry drivers has received £100,000 in funding.

Veterans Into Logistics, which is based in Heywood, received funding from the Veterans Bureau which was announced by the Chancellor of the Duchy of Lancaster, Steve Barclay.

The charity, which has already provided training to more than 300 veterans, will use the funding to triple the number of trainings it provides.

“We have managed to change so many lives over the past two years, while contributing to the shortage of heavy truck drivers by working with great, forward-looking companies that stand up for our veterans/leavers of service, however, we know that we can do much more with government support to improve our mission in the future.

“Ex-military have a skill set that the companies we work with look for in employees, they have had the morals and standards in them throughout their careers and will keep them as veterans, they are a dedicated breed and loyalty of individuals.”

The new announcement comes on top of £25million in government funding distributed through the Armed Forces Covenant Fund Trust to charities to provide support to veterans across the UK.

The government-funded scheme comes after the Ministry of Defense provided 350 heavyweight training places under the Career Transition Partnership Scheme in November.

Chris Clarkson, MP for Heywood and Middleton, said: “It has been a privilege and a pleasure to be able to work with Veterans Into Logistics for the past two years.

“This is a true local success story, taking an idea from its foundations and turning it into something truly impressive.

“Now, with £100,000 backing from the government as well as backing from a host of great local businesses, I’m sure they will be able to take their amazing work to the next level.

“It’s safe to say Veterans Into Logistics is changing lives for the better and I’m extremely proud to say it’s happening in our community.”

Chancellor of the Duchy of Lancaster, Steve Barclay, said: ‘Veterans gain great skills and experience when they are in the military and we want to make sure those skills are put to full use when they enter the military. civilian work.

“With £100,000 in government support, logistics veterans will be able to step up their already successful heavyweight training.

“It helps both veterans with more career opportunities and continues to grow the recruiting pipeline in the heavyweight industry.”