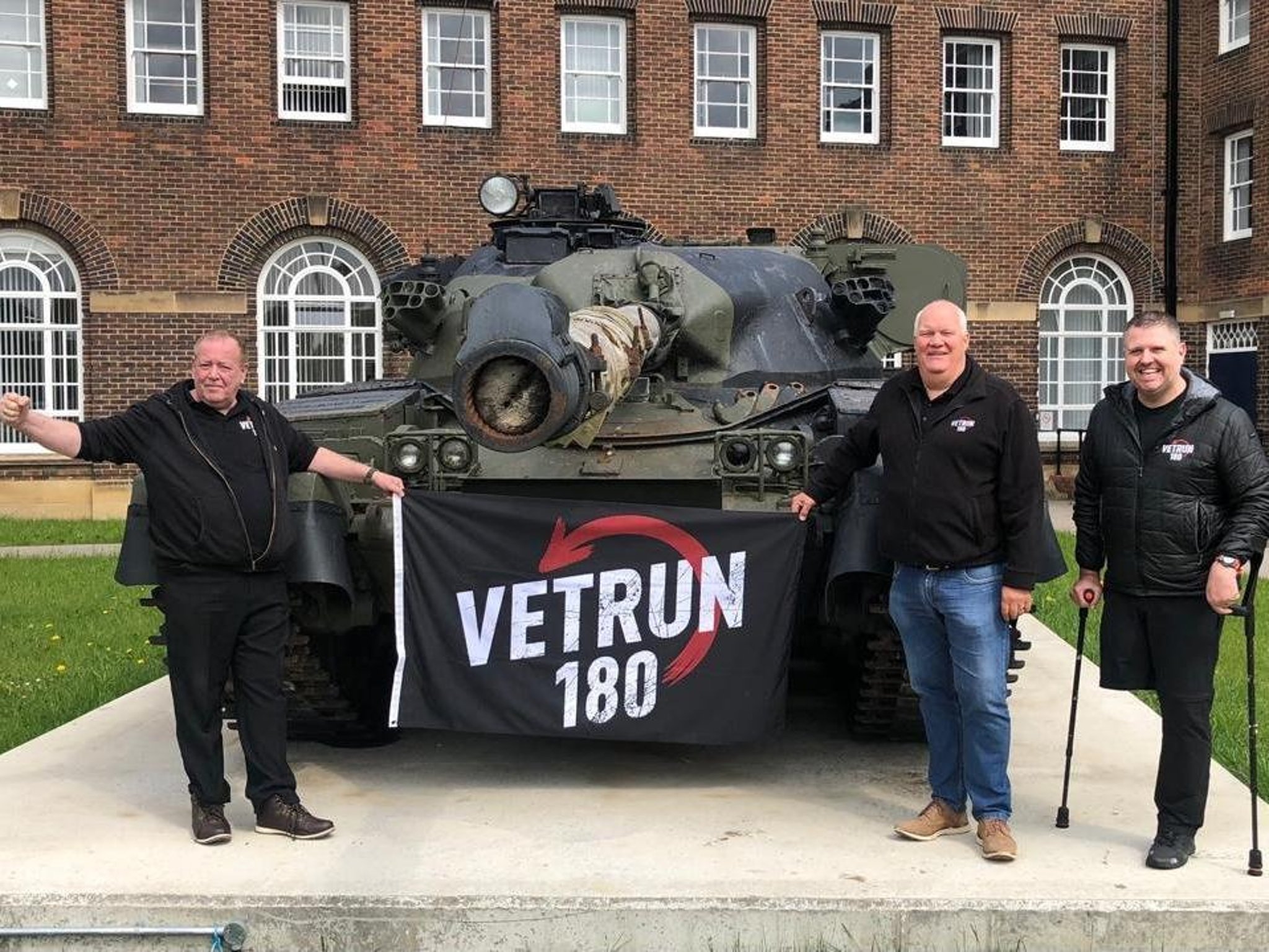 Tim, 64, who runs the Old Colonial on Dunbottle Lane, Mirfield, lifted the weight of a Challenger tank to raise money for the Vetrun180 charity.

Using a leg press, Tim lifted 72 tonnes every day for 72 days and his marathon endurance test is due to be completed on Sunday August 1.

Tim, Parade Officer for the Royal British Legion at Mirfield, said: “I do the leg press lift and it went really well.

“My legs are really strong – in fact, that’s probably the only part of my body that is!

“It’s all for a great cause and I hope as many people as possible donate.”

Vetrun180 is a charity that takes injured former soldiers and members of the armed forces on challenging expeditions around the world. Many of those who participate have lost limbs.

The charity was set up in 2018 by businessman Simon Dedman, from Upper Hopton.

Tim, Simon and former serviceman and amputee Steve Sampher visited Catterick Garrison in North Yorkshire for Tim to approach a Challenger tank to get a sense of the scale of his task.

At the time of the visit, all the Challengers were on maneuvers, so Tim had to pose with a smaller Chieftain instead, which weighs around 55 tonnes.

Vetrun180’s next trip is to Scotland in September. Traveling in Land Rover Defenders, a group of 14 veterans will depart from Dunattor Castle on the west coast and venture across country to Ardnamurchan Lighthouse.

Simon keeps the group small so everyone can sit around the campfire and talk.

As wounded, double or triple amputee veterans, they have a common experience.

To donate, go to www.justgiving.com/vetrun180.

Restaurant offering a welcoming space for veterans, the community