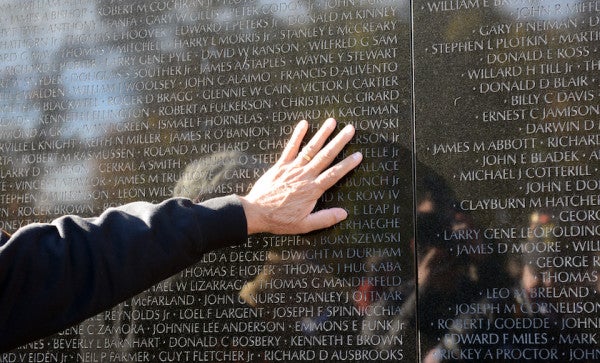 A well-funded charity called National Vietnam Veterans Foundation is under fire after it was revealed that only 2% of its cash donations went to veterans and their families. This information was recently revealed by a team of CNN investigative reporters, who dug through tax records made available by a watchdog organization that tracks the financial performance of thousands of charities across the United States. and who named NVVF one of the “worst”. existing veterans charities – despite being headed by a veteran who is currently employed by the Department of Veterans Affairs.

According to Fast Company, the watchdog group, called Charity Navigator, “ranks nonprofits by their revenue and spending efficiency, measuring them against seven benchmarks and assigning each a rating on a scale of zero to four stars”. For example, Concerns of Police Survivors, a charity that provides resources to surviving family members of law enforcement officials killed in the line of duty, has an overall score of 91.73 and four stars on four. Its good. It’s trustworthy.

Meanwhile, on the opposite end of the spectrum is NVVF, which, according to its website, was “created by veterans on behalf of veterans” and is “dedicated to helping, supporting and benefiting American veterans and their families.” , maintains a score of 24.60 and zero — zero — out of four stars. It’s bad. Very bad. By Charity Navigator’s standards, it’s an organization that Americans shouldn’t feel comfortable giving their hard-earned money to.

And it gets worse. According to the NVVF website, the board is “composed entirely of veterans with combat zone service.” J. Thomas Burch, the founder and CEO of NVVF, is not only a veteran himself, he is a federally paid VA attorney. In fact, he’s the deputy director of the VA’s Office of the General Counsel, where, according to CNN, he earned $127,000 in salary in 2014. That’s well over double the average US household income that year- the. But for Burch, who lives in suburban Washington DC and drives a black Rolls-Royce, that apparently wasn’t enough.

“It’s a zero-star organization and you can’t go any lower,” Michael Thatcher, CEO of Charity Navigator, told CNN. “They don’t have an independent board, they don’t even have a full board – only three members on the board at the moment and some of them are family. So we can say, is this representative an independent counsel? It’s not.”

So far, Burch has been unwilling to offer an explanation, at least to CNN. When reporters attempted to contact Burch at the VA, he asked them not to contact him while he was working. Reporters therefore confronted him on his way home from work, at which point Burch fled. The personalized license plates of his Rolls-Royce read: MY ROLLS. But it may not be his Rolls for much longer: According to CNN senior investigative correspondent Drew Griffin, Burch’s position in the VA is currently under review by the Office of the Inspector General.

“We have an open invitation to Mr. Burch,” Griffin told CNN’s Jake Tapper. “If he wants to stand up for his zero-star rated charity, we’re happy to sit down and listen.”