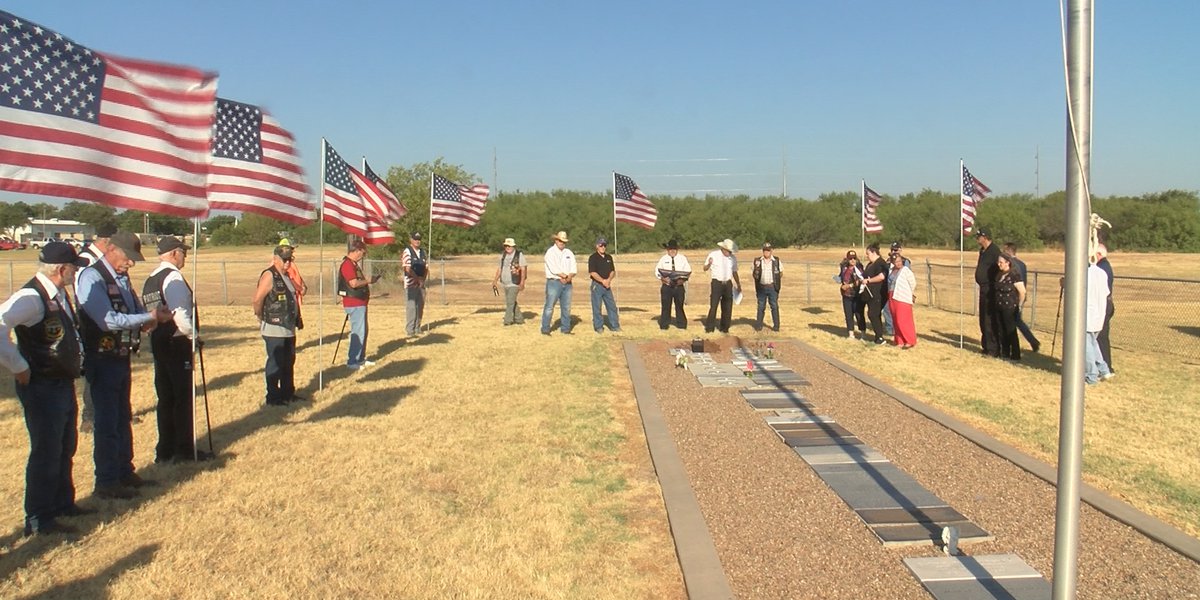 US Army Private First Class Casey McCain was a homeless veteran, which veterans organizations say is a problem in Wichita County that needs to be addressed.

Joel Jimenez, commander of Chapter 41, DAV in Wichita Falls, said he remembers a time when veterans were cared for, making sure they had a place in society after all that they had done to protect this country. He doesn’t know why the world has changed in this regard, but he hopes they will make a change for the better with the help of the Wichita Falls community.

“Homelessness and suicide are on the rise right now,” Jimenez said.

McCain was a homeless veteran who was just trying to find his way back into the world.

“We kind of figured out he didn’t have any family after looking for them,” said Shannon Marteney, director of social services at University Park. “So I think we tried at the establishment to fill in like that.”

University Park took him in and helped him through his final years. They formed a close bond with McCain, but said they receive veterans all the time in a similar scenario to him.

“A lot of times, in fact, it’s a high percentage of people who are in the facility and probably not just ours who don’t necessarily have a family or a support system,” Marteney said.

The organizations are working to get more veterans off the streets, but they said it was a community effort and they needed more help.

LILY: Lindsey Base Camp partners with organizations to help veterans

“To end this homelessness, we have agencies here, as you can see, not just to show it, but to prove it,” Jimenez said. “Helping the homeless situation.”

“The veteran community is sometimes overlooked, especially when it comes to homelessness,” said Catholic Charities program manager Daniel Medina. “So we’re trying to change that dynamic and give them everything they need to be successful while they’re still with us, and if they’re not with us yet, at least give them the respects they deserve. due in death.”

Jimenez wants to message veterans asking for help if you need it.

“Don’t be afraid of veterans,” Jimenez said. “This is exactly what veterans are afraid of, sometimes they are so ashamed. I don’t blame them, many of us have been in this situation, but there is help for you out there.

While McCain might have been homeless and lonely most of the time towards the end of his life, his death brought many together and in the end he had people by his side who gave him a final salute.

“It’s really emotional because you’re looking at someone we didn’t see anybody in the facility, nobody came to visit, but in the end we all got together,” Marteney said.

“I’m so happy to have been a part of this solemn and sad situation, but from sadness you get goodness and greatness because look at what we’ve done,” Jimenez said. “We honored this Army veteran Casey McCain.”

Jimenez, along with so many others, hopes to continue to get homeless veterans off the streets and put a roof over their heads. They said it took more than them to make this happen – it’s a community effort to end veteran homelessness.