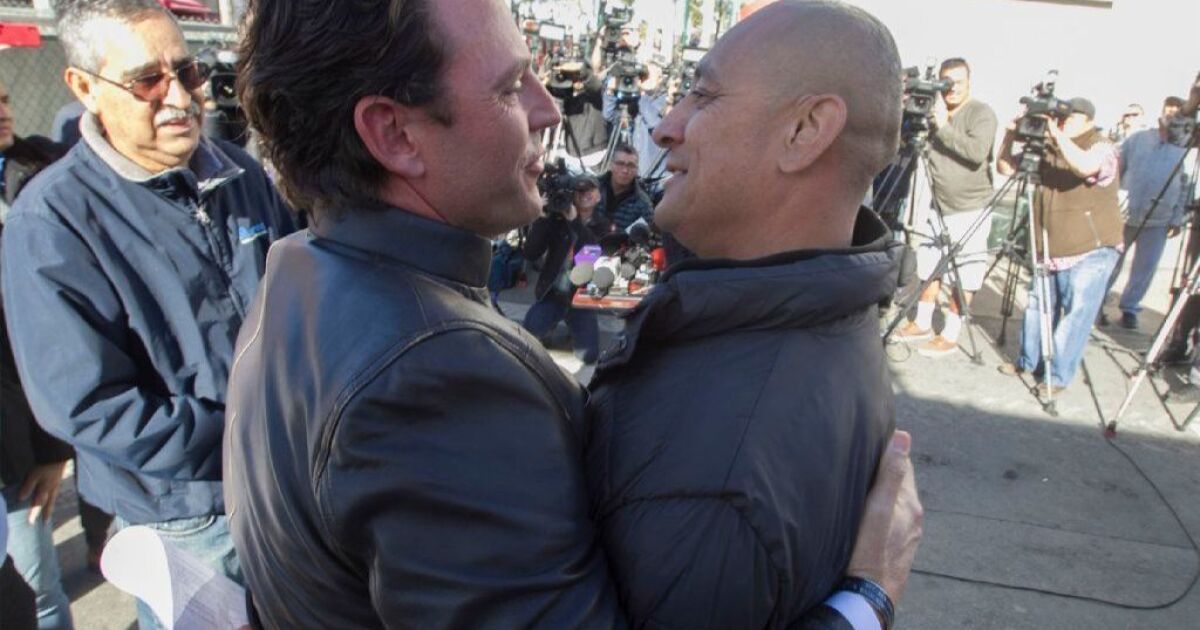 Nathan Fletcher was a much better fundraiser than a mayoral candidate.

In the years since his two failed campaigns for San Diego mayor’s office, Fletcher has raised more than $1 million to fight depression and suicide among the country’s veterans, according to an unaudited report released. by the Three Wise Men Veterans Foundation.

Now a candidate for an open seat on the County Board of Supervisors, Fletcher released a summary of the charity’s activities after the San Diego Union-Tribune asked for details on how much money was raised and where the funds went.

The six-page document is the first time the foundation’s finances have been disclosed publicly because Fletcher merged his organization with a New York nonprofit called Headstrong Project last year, just before the due date. an extended federal income tax return.

The money came from individuals, corporations, labor groups, and various private trusts and foundations. Tens of thousands of dollars have also been raised through special events such as gala dinners and national campaigns for veterans.

The Three Wise Veterans Foundation was established to honor three brothers – Jeremy Wise, Ben Wise and Beau Wise – who all volunteered to serve in the armed forces, like their cousin Nathan Fletcher. Jeremy Wise and Ben Wise were killed in Afghanistan.

Fletcher, who spent 10 years in the United States Marine Corps before serving two terms in the California Assembly, said he started the foundation to honor his family and to help other service members who have difficulties in returning to civilian life.

“Our mission is to support veterans who have survived combat, because they not only survive, but thrive in the peace that follows,” the organization’s mission statement reads.

As an advocate, the charity has lobbied for laws and policies to benefit veterans. The awareness campaign aimed to spark conversations about post-traumatic stress and promote available resources. The alliance element focused on building relationships with other veterans groups and providing grants to help their causes.

One of the foundation’s most high-profile efforts was the “Make the Call” campaign, which urged veterans not to resist asking for help when needed.

“It’s a key, but often overlooked, part of the challenge of addressing veteran suicide,” Fletcher said. “The problem is not the lack of available services. The problem is getting veterans to ask for the help that is available.

The Three Wise Men Veterans Foundation spent all but $200 of the $1.02 million raised, before merging with the Headstrong project last year.

According to the Headstrong Project, which provides mental health services to veterans, for every soldier killed in action, 25 to 30 commit suicide.

Fletcher, who joined the Headstrong Project board of directors when the two groups merged, was the largest individual donor to the Three Wise Men Veterans Foundation, according to the report he released. The veteran gave just under $36,000 over three years.

Sports drink company Kill Cliff was the top corporate donor, donating $100,000 to the Fletcher Foundation. Qualcomm Inc. and Manpower each donated tens of thousands of dollars, as did the local Building Trades Council and the United Nurses Association of California.

Individual contributions accounted for most donations, just over $385,000. The nonprofit also received $280,000 from business and labor groups; $131,000 from other foundations and trusts; and $94,000 from special events.

The largest share of expenditures was for other special events, some $262,000. Fletcher said those costs were well worth the expense.

“I’m proud that we were able to host over 10,000 events in all 50 states to reach veterans with a powerful message and connect them directly to available services,” he said via email. “We’ve also helped drive legislative change, launched a national awareness campaign to address the stigma associated with post-traumatic stress that has reached millions, and provided direct financial support to other nonprofit veterans. lucrative.”

The foundation paid out just over $222,000 in salaries, according to the report. None of that compensation went to Fletcher, the contestant said. It also paid $153,000 to consultants, mostly for legal and accounting services.

Fletcher’s charity also reported $128,000 in grants, or about 1 in every 8 dollars he raised. The future county supervisor said the foundation had received dozens of requests for support from deserving causes, but could only accommodate so many.

“We have focused our limited grants on supporting organizations that we believe will have the greatest impact,” he said.

The recipients were not disclosed.

Under federal law, nonprofits that raise less than $50,000 in a year can submit an electronic postcard as an official tax return. Known as Form 990-N, the electronic notification from the IRS does not provide details about the organization’s fundraising or expenses.

Due to the timing of the Three Wise Men Veterans Foundation’s incorporation and merger, the nonprofit never submitted the more formal Form 990, which asks dozens of questions about the governance and operations of organization and requires detailed income and expense data.

Fletcher said the foundation complied with all rules governing nonprofits and financial disclosures, and the release of the report, even though it was not required, shows he was committed to be transparent.

“With 75% of funds raised going to veterans assistance programs, Three Wise Men is proud of the impact we have had in helping our returning veterans,” he said.