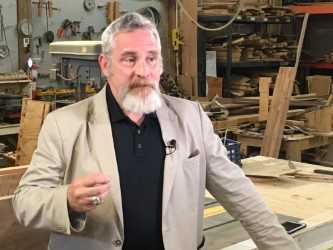 Veteran’s charity spends big on advertising while program shuts down

At VetMade Industries of Tampa, it’s all about helping unemployed veterans with disabilities.

The charity’s website even says “we give work, pride and a paycheck”.

Our investigation revealed that this had not happened for a long time.

“It seems, it may seem like people are being misled, it’s the most remote thing I want to see, ever,” said John Campbell, founder of VetMade Industries.

What is clear is that VetMade has not helped an unemployed disabled veteran for the past 5 years.

According to tax records, since 2010, VetMade has raised approximately $6.5 million in donations by partnering with professional fundraiser Just Donated, Inc.

Tax records also reveal that VetMade Industries spent $344,000 over 4 years to advertise and solicit contributions for a program that did not exist and a store that was closed.

“To be found on the first page of a Google search, it costs any business an exorbitant amount of money,” Campbell explained.

“Are they saying they send out advertisements to let veterans know about their non-existent programs?” said Daniel Borochoff, president of nonprofit watchdog Charity Watch.

“Google is very generous in giving grants to many charities and nonprofits to appear higher in search engine results.”

After 8 On Your Side started asking questions, Campbell, who works at US Special Operations Command at MacDill Air Force Base, decided he had accumulated enough money from donations and it was time to reopen. VetMade.

According to Campbell, he aims to reopen the charity on Veterans Day.

The Florida Attorney General’s office confirms that it is continuing to investigate VetMade Industries.

If you have something that you think should be investigated. call our 8 On Your Side helpline at 1-800-338-0808. Contact Steve Andrews at sandrews@wfla.com.