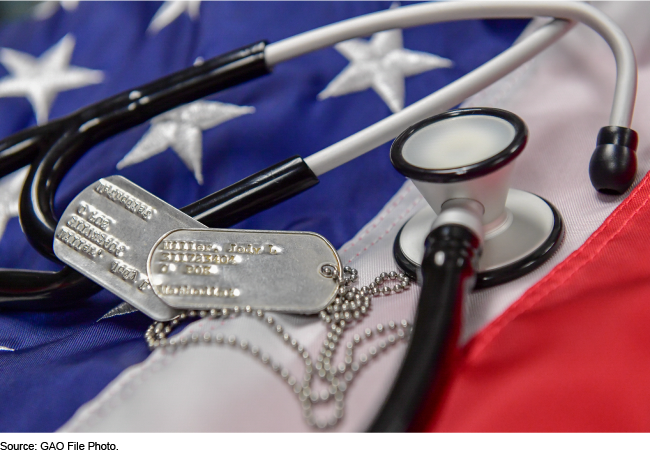 What the GAO found

The GAO has found vulnerabilities in the controls used by the Veterans Health Administration (VHA) and its contractors to identify health care providers who are ineligible to participate in the Veterans Community Care Program (VCCP), which resulted in the inclusion of potentially ineligible providers.

Of more than 800,000 providers assessed, GAO identified approximately 1,600 VCCP providers who were ineligible to work with the federal government, were reported as deceased, or had revoked or suspended medical licenses. For example, the GAO identified a vendor eligible for referrals in the VHA system but whose medical license had been revoked in 2019. The licensing documents indicated that the vendor posed a clear and immediate danger to public health and safety.

VHA and its contractors had controls in place to identify these suppliers. However, existing controls omitted some vendors that could have been identified with stronger controls and more consistent implementation of standard operating procedures. For example, GAO found that VHA was not performing certain automated checks on a monthly basis, as required by the agency’s standard operating procedures.

The GAO also identified weaknesses in the monitoring of vendor address data. Some VCCP providers used commercial mail receiving addresses, such as a United Parcel Service (UPS) store, as the only service address. These addresses could be disguised as business addresses by people intending to commit fraud. VHA has not assessed the risk of fraud that invalid address data poses to the program.

While the number of potentially ineligible providers identified by the GAO represents a relatively small fraction of providers in its analysis, these vulnerabilities put veterans at risk of receiving care from unqualified providers. Additionally, VHA is at risk for fraudulent activity, as some of the vendors identified by the GAO have previous convictions for healthcare fraud.

Why GAO Did This Study

Eligible veterans may receive care from community providers through the Department of Veterans Affairs (VA) VCCP when veterans have difficulty accessing care at VA medical facilities. VA is responsible for ensuring that VCCP providers are qualified and competent to provide safe care to veterans based on eligibility requirements and restrictions.

This testimony summarizes the December 2021 GAO report on VCCP Provider Eligibility Checks. For this report, GAO interviewed relevant officials and reviewed standard operating procedures, policies, and guidelines from VHA and the contractor. To identify potentially ineligible providers, GAO compared data from VHA’s Office of Community Care to data sources related to actions that may exclude providers from participating in the VCCP.