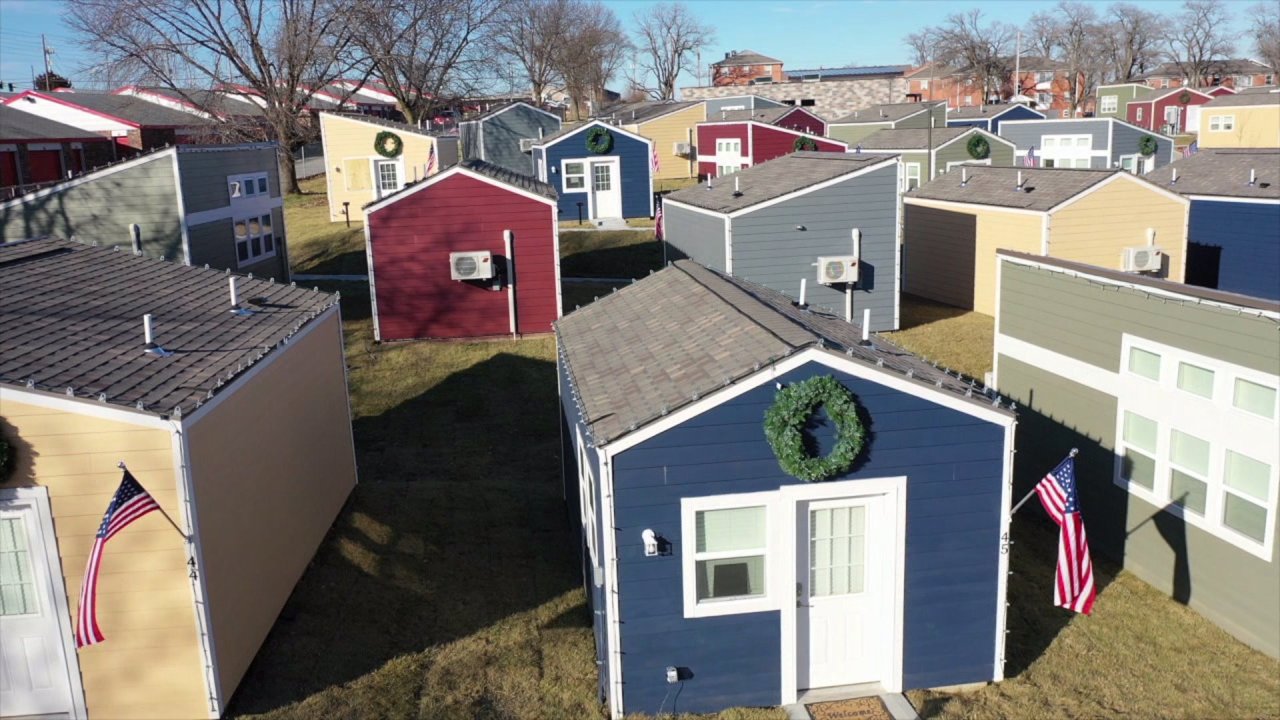 This is an archived article and the information in the article may be out of date. Please look at the timestamp on the story to see when it was last updated.

KANSAS CITY, Mo. — The Veterans Community Project was founded by a group of veterans in Kansas City to fill the gaps in a broken system that left too many of their siblings behind.

Over the past two years, the group has built a village of 49 small houses to help homeless veterans. This project is now complete.

One of the finishing touches is the village flagpole, which the group spent time on Wednesday preparing to install.

Have you ever wondered why there was a golden ball on top of those poles? We found out during a small impromptu ceremony at the Veterans Community Project.

“So it’s tradition, or at least folklore, when you’re an observer in the military, that the decorative balls that rest on the flag pole contain a canister of ammunition and a book of matches,” said the Chief Operating Officer of the Veterans Community Project. says Matthieu Bonnot.

“The reason is, at least according to folklore, if your position is overrun, you can burn the flag and use the ammo canister to protect yourself or end your life.”

It’s a military tradition like that, to take care of your brothers and sisters, which VCP also does by providing tiny homes for veterans who need to get back on their feet.

“I mean we create our own traditions here at VCP, but carrying on some of the ones you’ve lived with throughout your military career is very meaningful,” Bonnot said.

The installation of the mast marks the completion of the village of tiny houses. Now, some people moving in will have a vacation home for the first time in a long time.

“It’s going to be a relaxing Thanksgiving. I haven’t been able to celebrate for the past few years,” Air Force veteran Timothy Garinger said.

Over the past three years, he bounced from state to state, sleeping with friends, never knowing when his home would run out and he would be homeless again.

“Having a home is security and knowing I can breathe,” Garinger said. “I don’t have to worry, ‘Am I going to be on the street? Am I going to find a place to eat?

Her new home comes with all the conveniences of a holiday, including a turkey, pumpkin pie and other dishes from a traditional Thanksgiving meal.

Garinger suffers from post-traumatic stress and said that now that he will have stability for at least two years, he can work on his mental health as well as complete his education and save money so he can afford his own house.

On December 4, the mast will be placed and the Christmas lights that line the small houses will be lit to celebrate the success of this project.